Opening up the supply chain 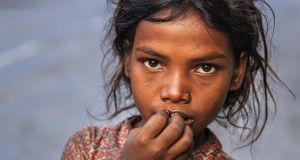 Child labour scandals have made consumers more aware of the need for transparency. Photograph: iStock

Ever since the Nike sweatshop scandals erupted in the 1990s, supply chain transparency has grown in importance.

That issue was famously sparked by an image of an Asian boy sewing a Nike football. Allegations about conditions at a supplier factory in Vietnam followed.

“Nike was hauled over the coals and one of its responses was to give out its entire supplier list,” says Prof Donna Marshall, an expert in supply chain management at UCD.

Other companies began proactively proffering theirs. “That started a slow trickle until, in 2012, Apple, which had the most secretive supply chain in the world, suddenly released its supplier list too. Prior to that, it had argued that its suppliers were its ‘secret sauce’, a source of competitive advantage.”

Its list disclosure, which has continued to this day, may have been prompted by unfavourable reports about one of its main suppliers, Foxconn, making it a pre-emptive strike.

“Critical incidents tend to force companies to open up,” says Marshall. “The result is that there is now a critical mass of brands opening up and becoming more transparent. As a result, it is becoming harder for other brands to not be so open.”

Certainly, they can no longer say a secret supply chain is a source of competitive advantage when top brands are releasing this information, she points out, and “once you start down the transparency road, there is no going back. There is only more transparency.”

Marshall recently attended a UN event in London which outlined attempts to develop a new track-and-trace system for the fashion industry, a sector known for its secrecy – often for good reason, given the need to maximise the value of its intellectual property.

But even in fashion, the move towards sustainability in its supply chain is having an impact. “This year was the first when some collections, instead of being radical, were in fact tweaks of previous ones. For me, that says the industry is waking up to the fact that bringing out endless collections and the fast-fashion business model is, well, going out of fashion.”

It’s an industry whose supply chain – admittedly very far up stream – includes 70 million barrels of oil a year. “We are basically all walking around wearing oil and the social and environmental sustainability of that is being held to the light now and found wanting,” Marshall says.

Most recently, allegations of child labour being used to pick tobacco leaves in Malawi have surfaced and put that industry under fire too.

“We’re living in a society where people have much more access to information and consumers are becoming much more sophisticated about what they want to see. Lots of companies realise that they need to open up more.”

But consumers also need to be savvy. The risk is of companies that are not averse to snowblinding the public with a flurry of good supplier stories, purely to distract attention from suppliers, or practices, they don’t want seen.

That’s not good enough. “What we really want is to see governments lead the way on this by telling companies ‘This is what we want to see’ in terms of transparency.”

Good companies support better regulation. “I’ve spoken to a lot of brands which are crying out for regulation in this area, wanting to know what information they should be putting out in the public domain in relation to supply chains, and how much. Otherwise, the risk is that what we see is just PR.”

Bringing sustainability into the supply chain

Opening up the supply chain