Your country needs you 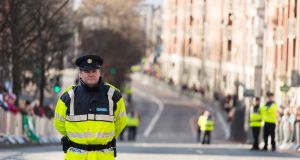 More than 300,000 people work for the public service in Ireland. Photograph: iStock

It is not too long ago that the public service and the banks were the main providers of job opportunities for school-leavers. Summers seemed to be one long series of exams beginning with English Paper 1 on the first Wednesday in June, continuing with university matriculation exams for others, and then the bank and civil-service exams. The civil service and “the bank” were highly sought-after as they offered good pay and pensions, very good working conditions, and enviable levels of job security.

Public-sector careers are still very attractive to many people for the same reasons, even though the days of spending what felt like an entire summer in exam halls may be firmly in the past.

According to the Central Statistics Office, 40,500 people work for the civil service in Ireland, with average pay of €46,791 a year. Overall, the number of public servants, which includes local-authority employees, HSE staff and others, is in excess of 300,000.

Of course, many civil and public servants earn much less than this average figure, with clerical officers starting on just €23,565, for example. On the other hand, administrative officers start on €41,734 while principal officers on the higher scale can earn up to €102,212.

The good news for those considering a career in the public sector is that 5,400 new staff positions were announced for next year by Minister for Finance Paschal Donohoe in Budget 2018. Those interested in those jobs, or indeed any of the other many roles which become available in the public service, should go to the publicjobs.ie website.

The site allows visitors to search and apply for jobs under a variety of categories and sub-categories as well as set up alerts for jobs that might interest them.

A quick look at the site reveals the breadth and range of positions which are open at any one time. For example, a search for clerical administrative jobs returns vacancies for a control-room operator for An Garda Síochána, an executive librarian with the HSE, and a clerical officer with Foras na Gaeilge.

Under economics and finance, there are jobs for a director of enterprise and employment with Údarás na Gaeltachta, a financial management accountant with Sligo County Council, a financial programmes executive with the Competition and Consumer Protection Commission, a senior enterprise development officer with Kildare County Council, as well as several openings with the Sea Fisheries Protection Authority.

Medical posts include clinical nurse specialists, occupational health physician, quality and patient safety operations manager, an enforcement officer, and a nephrology registrar. Not surprisingly, there are also openings for non-consultant hospital doctors throughout the country.

Science-based posts include 20 openings for assistant environmental scientists around the country, part-time academic posts with Dundalk Institute of Technology, and a nautical surveyor with the Marine Survey Office of the Department of Transport, Tourism and Sport.

If heritage and culture is your area, the Chester Beatty Library in Dublin is looking for a membership and development officer.

There is also a wide range of specialist-type roles in organisations across the public service that will be of specific interest to graduates. So much so that the Public Appointments Service has created a website dedicated to these openings – gradpublicjobs.ie.

According to the website, the main graduate-recruitment grade for the civil service is administrative officer. This offers the opportunity to progress to middle management and a role in policy and strategy formulation across the spectrum of economic, financial, international, environmental and social issues.

Opportunities also exist for almost every type of professional and specialist qualification. These include roles for statisticians, economists, trainee auditors, engineers, architects, archaeologists, and scientists.

For graduates with a wanderlust, the post of third secretary with the Department of Foreign Affairs and Trade offers the chance to embark on a diplomatic career. As diplomatic officers, third secretaries can be expected to travel or work abroad as required. Diplomatic officers can be situated both at headquarters in Dublin, and at one of Ireland’s many diplomatic missions abroad. Postings to six or seven countries would not be unusual during a third secretary’s career. Again, these graduate entry positions are all advertised on publicjobs.ie.

There are jobs in the public sector to interest almost everyone but maybe not everyone is suited to them. The publicjobs.ie site also contains advice and questionnaires to help would-be applicants decide if a public-service career is for them. Whatever the outcome, if you are on the lookout for a rewarding and secure job, the site is well worth checking out.