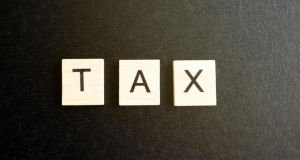 “The international tax landscape has and continues to experience unprecedented changes, and of course, Ireland is not immune to such changes,”

The majority of Ireland’s leading Mergers and Acquisitions advisers and executives – 87 per cent – expect Irish M&A activity for this year to match or exceed 2018 levels, according to a KPMG report published in January. Most of those surveyed also believed that this year would continue to be a seller’s market.

However, there are always tax factors to consider before embarking on any M&A process, and the coming months may see the addition of several more.

“Areas such as Brexit, US tax reform and the changing global tax environment each raise various challenges in an M&A context,” says David Shanahan, partner in tax at Deloitte Ireland. “Given a range of tax changes across the globe in recent years, keys areas of focus for a purchaser of a global business will be to examine whether the target company’s current structure and operating model are robust and sustainable in the new tax landscape or whether post-acquisition will be required.”

Timing is essential when it comes to M&A, according to Shanahan, and underestimating the amount of time the process can take proves to be one of the major stumbling blocks that organisations face. “It is vital to agree a realistic timeline for the overall sales process and ensure a sufficient time frame to complete any pre-sale structuring, as well as undertaking due diligence, and obtaining any required pre-clearances from Revenue,” says Shanahan. “The length of that process will vary depending on the nature and complexity of the transaction.”

Other complications can arise when matters of tax are not given enough focus from the outset, says Kevin Doyle, tax partner with BDO. “One of the main pitfalls that can be encountered is a lack of access to management during the due diligence and process,” says Doyle. “This may be due to them not having sufficient time to deal with the likes of tax questionnaires that are coming in – as they are busy covering off on a myriad of other transaction matters.” Tackling tax issues later in the process can become more complex. “Sometimes there are very few people in the target company that are aware of the potential transaction in the early stages and this can also slow down due diligence and transactional tax planning. In a limited number of cases it can delay the closing of the transaction which is in no one’s interest.”

While some of the variables that can slow the M&A process can be predicted and planned for, others remain unknown for now. “It goes without saying that Brexit will have a significant impact on Irish businesses,” says Olivia Lynch, tax partner with KPMG. “From a tax perspective, a no-deal Brexit would impact on supply chains involving Ireland and the UK in that customs duty and import VAT will apply to the import of many goods from the UK into Ireland, and vice versa. This may be of particular relevance to purchasers looking to integrate a newly acquired Irish business into an existing supply chain with goods passing through or into the UK.”

“But on the flip side Brexit can open up opportunities for vendors wishing to sell Irish businesses as there is more interest from those buyers looking to have a platform into Europe, including from UK buyers,”says Lynch.

The international tax landscape  continues to experience unprecedented changes. Ireland is not immune to such changes

While Brexit is an immediate consideration, there are other changes that will take place over the next two years that will impact international deals. “The international tax landscape has and continues to experience unprecedented changes, and of course, Ireland is not immune to such changes,” she continues. “New tax laws introduced in Ireland such as our new Exit Tax and Controlled Foreign Company charges, as well as those expected to be introduced in the coming years – such as interest limitation and anti-hybrid rules – should be closely considered as part of any proposed M&A transaction. For many purchasers, these areas will not only be a focus from a diligence standpoint, but also more of our work is directed at forecasting the future tax profile of a target business.”

Paul Fahy, partner and head of tax in A&L Goodbody, agrees that the tax landscape is in flux and that investigating insurance options is an important consideration for sellers. “A number of significant changes have been made to tax systems as a result of both US tax reform and implementation by OECD member countries of BEPS recommendations,” says Fahy. “These changes can have a material impact on the tax position of companies and it is important that they are adequately considered from a diligence perspective when embarking on a new M&A transaction.”

“The use of M&A insurance has become more common in the last couple of years,” says Fahy. “This has significant benefits for sellers given that the limitation period for claims under tax indemnities and warranties typically extends beyond five years. An M&A insurance policy generally takes away some or all of that extended residual risk for a seller.”

The task of managing the tax implications of an M&A deal require experts who are aware of the changes constantly taking place, suggests Fintan Clancy, partner and head of tax group at Arthur Cox. “A tax partner in an M&A deal has to assimilate the information, identify the issues and allocate risk between the parties,” says Clancy. “This often has to be done quickly for a company that has a long history and a culture which may differ from the new buyer. The tax lawyer also has to look around the corner to assess and allocate the tax risk in prior transactions based on future attitudes and approaches of taxing authorities.”