Global upheaval has had little impact on mergers and acquisitions activity 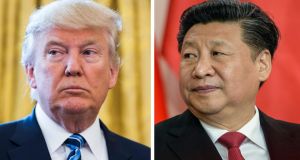 Trump, tariffs and trade wars: the geopolitical three Ts currently dominating news cycles worldwide are yet to have an impact on M&A activity here.

Trump, tariffs and trade wars: the geopolitical three Ts currently dominating news cycles worldwide are yet to have an impact on M&A activity here.

“Overall our perspective is that geopolitical issues have had limited impact on M&A activity levels so far,” says Anya Cummins, partner, mergers & acquisitions in Deloitte.

Deloitte’s most recent annual global survey, published in the US, has just been released and indicates general optimism amongst dealmakers, private equity and corporate buyers, with a general expectation of strong M&A activity levels in 2019.

“Uncertainty definitely impacts in specific sectors. Risk mitigation and strategic decision making are strong factors driving activity levels. As a result, a heavier emphasis on traditional customer base expansion, geographic diversification and investment in new products and services may be seen as drivers of activity, rather than pure technology plays. Overall we see activity levels continuing to be strong across our network,” says Cummins.

What factors are driving M&A deals?

A feature of deals at the moment is an implementation of a more effective due diligence and integration planning, to ensure that revenue and profit projections materialise. “It means transactions are taking longer and the investment of time and energy – as well as cost – by both buyers and sellers is more intense,” she says.

The most active sectors vary by market globally but include banking, asset management, technology and traditional manufacturing. “We’re also seeing some interesting pairing of industries; for example, technology and manufacturing are coming much closer together from a transaction perspective. We expect that trend to continue into 2019. Healthcare also continues to consolidate globally and that’s certainly a hot sector from an investment perspective in the Irish market.”

Cash reserves of corporate buyers have increased and private equity funds are well capitalised right now, both of which are driving deal activity.

“The debt markets also remain very strong and our debt and capital advisory team, in Ireland and internationally, have been hugely active over the last year in supporting both corporate buyers and private equity funds in financing transactions. We expect this trend to continue and the strong and healthy funding markets will continue to have a positive impact on M&A activity in 2019.”

There is a lot of competition for  companies, resulting in increased cross-border transactions, which is helped by the globalisation of both companies and the M&A dealmakers,

Good access to capital, changing consumer needs and ongoing disruption of technology across all sectors is driving global M&A, despite the geopolitical uncertainty, according to Katharine Byrne, corporate finance partner at BDO.

International competition is increasing. “With record levels of dry powder [cash reserves or liquid assets available for use] available there is a lot of competition for good companies which is resulting in increased cross-border transactions, which is helped by the globalisation of both companies and the M&A dealmakers,” she says.

The fact that the capital markets have had another bad year is also driving equity funds to seek returns in M&A. “We are noticing increased access to longer-term equity and pension funds which are looking to diversify their portfolios through direct investment to improve overall returns,” says Byrne.

Technology continues to be in demand. “It’s the busiest sector for M&A as companies seek to buy tech businesses as a means of growth and to improve their own product or service. With all the online and international platforms it has become increasingly easier for early stage tech companies to access international capital.Strategic buyers are still dominating deal flow and the processes are much more controlled. Sellers are looking to maximise value by running tightly controlled processes while ensuring they target buyers with the strategic need. This is resulting in increased use of vendor due diligence as well as the importance of having an international advisor who understands their market. The net effect is that deals are taking longer to complete and complexities of cross-border transactions need to be understood and managed.”

There are some notes of caution. “Globally we saw robust M&A deal flow through 2018 but while total deal values exceeded those of 2018, being in excess of $3.5 trillion, deal volumes fell for the first year since 2010 and there was a noticeable softening of value and volume in the final quarter of the year,” says Dennis Agnew, corporate partner, Pinsent Masons.

“It is too early to say whether this softening is a trend or a blip but anecdotal evidence suggests investors are becoming more cautious as a consequence of trade disputes, a slowdown in China and the EU, and because of increasing political uncertainty, including that of Brexit. South American deal flow also declined noticeably.”

Last year did however continue to see substantial cross border M&A with stand-out deals including the acquisition of Irish domiciled Shire plc by Japan’s Takeda, which at $80 billion was the year’s largest global acquisition and which continues a strong run of life sciences M&A in the Irish market.

“Other notable transactions include Comcast’s $51 billion acquisition of Sky, in what was a hotly contested bidding war, and the $40 billion acquisition of Abertis Infrastructure, the global toll roads business, acquired by ACS and Atlantia, again after a bidding war, and demonstrating that investors will continue to push through deals for premium assets,” says Agnew.

This positive sentiment appears to be holding, perhaps remarkably. “Our survey indicated very high conviction in deal making activity levels in 2019. This was somewhat surprising given some of the current headwinds – international trade wars and Brexit in particular,” says Mark Collins, partner and head of transaction services at KPMG in Ireland.

“However, given the availability of funding and the need for M&A to drive inorganic growth, it is expected that international deal making in the second half of 2019 can get back to the levels enjoyed through most of 2018. We expect emerging features to include, firstly, technology to drive sectoral convergence and consolidation, secondly, a focus on core activities, with the prospect of larger carve-outs and divestitures and, thirdly, the continuing presence of private equity to hold valuations at relatively high levels for the foreseeable future”.