Use of legal tech tools ‘underwhelming’ 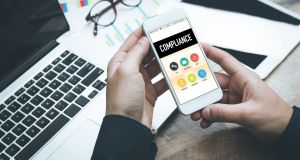 While many firms in Ireland are still playing catch-up, innovative legal apps have been in use for some time

There are countless apps being developed daily for every sector of society and law is no different. “The vast majority of tools out in the marketplace are using AI as a selling point,” explains Dr Catrina Denvir, director of Ulster University’s Legal Innovation Centre.

Some are proving more effective and useful than others. Technology Assisted Review (TAR) promises to dramatically improve efficiencies for many law firms. TAR apps automatically classify documents based on pre-defined expert criteria in order to accelerate organising and prioritising document collection. While applicable in numerous settings, it is particularly pertinent in certain legal cases where the amount of human review time required to classify documents as relevant or non-relevant could be dramatically reduced.

McCann FitzGerald Solicitors has pioneered the use of TAR in an Irish legal context. “We were the first firm to use the technology in Ireland as a tool for speeding up legal processes,” explains Karyn Harty from McCann FitzGerald, considered one of the world’s leading authorities on TAR.

While there is much talk of the universal potential of AI, it is still not as all-pervasive as some reports would lead us to believe. “The actual AI being used is pretty underwhelming and this is problematic as this is a dissonance between expectations and reality,” says Denvir. “This is not helped by talking heads who go around with doomsday prophecies proclaiming the end of law is nigh.”

If a legal apocalypse – presumably caused by the unruly and unregulated application of shifty, nefarious AI – is indeed on the cards, it probably would have happened already. While many firms in Ireland are still playing catch-up, innovative legal apps have been in use for some time. “AI is just one tool in the suite of technologies at our disposal at McCann FitzGerald. Since 2012 we’ve been using everything from predictive coding technology, e-disclosures, and software for the management of very large datasets.”

One of the hottest tickets around right now in tech is the potential of blockchain technology. Unless you’ve been living under a digital rock, most people will understand how the blockchain can serve as a digital ledger for recording and saving data of all kinds in as secure a way currently known to man. It is already being widely used as the digital marketplace for cryptocurrency exchange, smart contracting and so on. Questions still remain regarding the security and reliability of the blockchain impeding how rapidly it is adopted in an environment where attorney-client privilege is paramount. “On the smart contracting/blockchain front, it will be interesting to see how (and if) such technologies are embraced and what the potential implications are from a jurisprudential and societal perspective,” says Denvir. “There are issues here around equality of arms, rule of law and the ambiguity of natural language (to name just a few), which will need to be reconciled.”

How technology is disrupting the legal sector – to its benefit

Case study: Building a culture of innovation at A&L Goodbody

In the world of law, AI is creating jobs, not threatening them