As businesses cope with the fallout from the Brexit vote, a renewed emphasis on competitiveness is advised 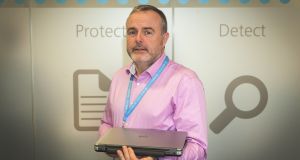 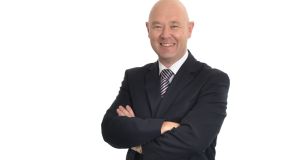 Richard Keegan, competitive manager at Enterprise Ireland: “Irish businesses have been selling very successfully into the UK for years. Now they have to step up their game”

Pat Larkin knows how to grow a business. The former Irish Army officer, who served in Lebanon three times before joining the team that helped build the Defence Forces’ IT systems from the ground up, started his own business, Ward Solutions, in 1999.

“We could have left it as a ‘lifestyle’ business but we decided not to rest on that plateau and to put ourselves on a growth trajectory instead,” Larkin says.

He put his military training to use, drew up a battle plan and, despite the ensuing recession, drove revenues to €7.5 million and staff numbers to 45 by 2012.

Then he hit another plateau. “Every time you double turnover or workforce, you plateau. Over time you develop a particular way of doing things to get you to that particular point. But it takes a different set of skills and a different mindset to take a business to the next level,” he says.

Larkin knew that if he was to hit his next target, doubling both staff and turnover, he was going to need back-up.

“Our aim has always been to achieve 20 per cent growth per annum but as you get bigger, that can be harder to do. At that point we recognised that to continue growing in this manner, we needed to look at new markets,” he says.

That led him to Enterprise Ireland, the State business development agency, and a series of development programmes designed to boost competitiveness called Lean.

It’s a set of business tools that emerged in car manufacturing in Japan in the 1950s but which has since been successfully applied to both manufacturing and service businesses across all sectors. The aim is to add value and eliminate waste.

Lean processes can be used to assess efficiency across all aspects of a business including supply chain, innovation, marketing and logistics.

For Larkin, who wanted to scale up organically – that is, without debt or investment – Lean principles appeared particularly attractive.

“It is helping us to identify the inefficiencies that grow up over time in all aspects of the business, from finance to technology to sales and service delivery. And what really makes it work is that everyone in the organisation gets trained up in it,” he says.

“Rather than dropping initiatives from 10,000 feet, as management tends to do, Lean gives everybody from the ground up the power to make continuous improvements.”

Larkin credits the Lean programme with helping push turnover at Ward to €8 million and a staff of 73, but also believes it has been “transformational”. It has helped to create a culture resilient enough to withstand the challenge that Brexit poses to growth plans, much of which depended, until recently, on UK exports.

“To achieve our growth of 20 per cent a year we are going to have to do it in the home market for now, developing new market segments and new service offerings,” he says.

“But even if you never export, Lean is well worth doing. Even after an initial soft exercise we took to cut our teeth in it, we boosted profitability by 2 to 3 per cent. It’s like Operation Transformation for business. You lose weight and gain energy.”

Brexit is forcing many other firms to revisit their export plans, according to Lean expert Richard Keegan, who is manager of the competitiveness department at Enterprise Ireland.

“Irish businesses have been selling very successfully into the UK for years. Now they have to step up their game,” Keegan says. “No matter how good you are, someone else is doing it better and if they’re not, they’re coming to see what you’re doing.”

Lean helps you run a slide rule over every element of your business with a view to seeing exactly what adds value and what adds cost. “It’s a spiral of improvement, building the capacity of both people and processes,” Keegan says.

Studies have shown that 80 per cent of improvement projects fail, most often because they are introduced in a “Big Bang” approach which does not achieve employee buy-in, he says.

Incremental improvements driven from the bottom up are much more likely to succeed.

That has proven the case at O’Brien’s Fine Foods, where it isn’t just the meats that are lean, but the whole business. The company, which is best known for its Brady Family Ham brand, employs 410 people.

In 2012, current managing director John O’Brien took part in Leadership 4 Growth, an Enterprise Ireland programme designed to increase management capability in which some of the most successful business owners in Ireland have participated. It was there O’Brien first heard about Lean.

“Everybody on it was talking about it. I asked my Enterprise Ireland adviser about it and they suggested we go on the Lean Transform programme,” O’Brien says.

He is glad he did. “One of the biggest strategic challenges facing us at the time was the need to get our cost base down in a very competitive market. What Lean teaches you is that being competitive is not all about cost. It’s about making the highest quality product at the lowest cost with the shortest lead time. Anything other than that represents waste,” he says.

Here again all staff were trained up in the principles. “The biggest benefit we derived from the process was the fact that everyone was engaged, everyone bought in, and quality improved significantly as a result.”

The results were measurable too. “We reduced the cost of production by 12 per cent and doubled turnover,” he says.

Those improvements weren’t just nice to have, they were essential. “It needed to be done because we needed to pass that on to the retailer in what is a very competitive market. Lean provided us with a route to building a sustainable business,” O’Brien says.

It has also helped the company grow exports too. The business began selling into the UK in 2012. Today 10 per cent of its revenues come from that market.

“Brexit is causing challenges but at the same time we have won business there since it was announced. But now we’re gearing up to look further afield into mainland Europe too,” he says.

The company recently built a €14 million production site, designed with Lean principles in mind and optimising efficiencies. “If you’ve the best people in the best environment working in the most efficient and innovative way, you’re going to grow.”

Ireland is facing a major challenge with the Brexit vote and the ongoing uncertainty it has caused, writes Richard Keegan, competitive manager at Enterprise Ireland.
Becoming more competitive is a crucial response. One of the best ways of becoming more competitive is to become more efficient. Enterprise Ireland runs a series of Lean programmes  to help clients become more efficient. We offer support at three levels: Start, Plus and Transform.
Since 2009, more than 870 Lean projects have been supported across all sectors: service, software, food, industrial, lifesciences, construction and consumer goods.
Independent analysis has shown that companies adopting Lean have achieved major savings: on average €45,000 or more from a Lean Start project, €145,000 from a Lean Plus project and multiples of this for Lean Transform projects.
The analysis also found that the adoption of Lean led to increases in employment of 11 per cent.
As companies become more efficient, and therefore more competitive, they were able to sell more and needed more people to design, procure, produce and service customers efficiently.
For more information see enterprise-ireland.com/en/productivity