The power of the crowd 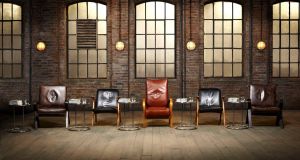 Equity crowdfunding operates in much the same way as Dragons’ Den, where companies pitch for investment and the ‘crowd’ decides if it wishes to invest or not.

When Finán O’Donoghue went looking to book a camping holiday for his young family, he discovered that while there were thousands of campsites across Europe, there was no one platform on which to find, compare and book one.

What he wanted was a platform that could do for campsite holidays what Booking.com did for hotels and Airbnb for holiday rentals. So he invented it.

Today, the Campsited platform allows you compare and book 2,000 campsites across 17 countries.

To help him grow the business, O’Donoghue turned to Spark Crowdfunding, Ireland’s only crowd-based equity investment site. In a campaign that lasted just a few weeks, he not only hit his €250,000 target, he surpassed it, raising €285,000.

At the time of going to press, executive Anthony Cronin of Flexiwage, a Waterford-based fintech whose app allows employees to decide when they get paid, is aiming to raise €100,000. It’s part of a €500,000 funding round designed to accelerate growth in Ireland, the UK and other international markets.

Founded in 2017, the Flexiwage app enables employees paid monthly to schedule their income to be paid weekly or fortnightly. In doing so, it can help them avoid punitive interest rates on overdrafts, credit cards and, worst of all, payday loans.

“We’ve got to a stage now where we can achieve accelerated growth online by raising new funds and that’s why we are engaging with Spark Crowdfunding,” says Cronin.

Equity crowdfunding allows hundreds of small- and medium-sized investors to purchase shares in early stage companies. It operates in much the same way as Dragons’ Den, where companies pitch for investment and the “crowd” decides if it wishes to invest or not.

Since Spark Crowdfunding set up in April 2018, it has launched 10 funding campaigns, excluding the two currently in train, raising a total of €1.2 million.

As yet, in Ireland, the term crowdfunding typically refers to what is actually peer-to-peer lending as opposed to crowd-raised equity, Spark’s domain.

“Peer-to-peer lenders are a different animal altogether, typically handling smaller amounts for businesses that are usually at least two years in operation. At Spark, while we won’t back in an idea, we will invest at an earlier stage,” says founder Chris Burge.

“If you are still pre-revenue but have bootstrapped yourself to a point where you can show that what you have is a very disruptive but globally scalable business, then absolutely we’ll talk to you. On the other hand, if you’re looking to open a new barber shop, we won’t.”

Spark currently has a pipeline of businesses looking to access its investor network. Before getting the green light, Burge and his team will assess a business. Accepted companies must then produce a pitch deck, a three-minute YouTube video and a short business plan. After that, it’s put to the market to see “if it will fly”, says Burge.

A campaign may be oversubscribed but if a company doesn’t reach its target amount, the deal is off.

As with any equity investment, there are no guarantees. “We are investors. It’s high risk, and everyone is made aware of that,” says Burge. Investors will do their own due diligence and the only exit open to them is if the company is sold or floated – “so it’s a long-term punt”.

With a minimum investment size of just €100, it’s very accessible to small investors – in fact the average individual investment amount for a Spark campaign to date is €3,100 but this, as averages are wont to do, hides a multitude. “We’ve had some very chunky investments in the order of tens of thousands of euro,” says Burge.

It all depends how much of a punt you are willing to take. “Nobody knows what they are going to get out of it at all. It could be nothing but it could just be the next unicorn,” he adds.

Spark isn’t in fact the only crowd-based equity platform on the island. One of the earliest operators on the island was Seedups, the Northern Ireland-based crowdfunding network started by chief executive Michael Faulkner in 2010, which provides seed capital for tech start-ups there. It has an active investor network of thousands, mainly high net worth individuals and members of angel networks.

There are a number of crowd-based lenders, known as peer-to-peer or P2P lenders operating here. These are typically aimed at existing small businesses, whose books must be submitted for examination before being allowed to launch a campaign.

Terms are typically one to three years and risk is priced into the interest rates.

The pioneer in peer-to-peer lending in Ireland is Linked Finance, which was set up in 2013. Its loans average about €40,000 but can be up to €250,000. Q4 of last year was a record quarter for the platform, with business loans of more than €11 million issued.

Grid Finance was established in 2014 and specialises in business finance of between €10,000 and €100,000 for the retail, hospitality and services sectors.

Flender, which set up in 2015, lends up to €50,000 and, if you have all your accounts and proposal information in order, can even offer same-day transfer of funds.

The appetite for crowd-based finance of all sorts looks set to grow – and to move in new directions. The most recent entrant, Property Bridges, allows individuals to invest directly in housing developments throughout Ireland for a minimum of €500.

It puts through an average of a deal a month. Its most recent, for €700,000, was snapped up by investors in just one week.

Wellola is an innovative software solution for medical practitioners that allows for in-house and video consultation scheduling all in one system, bringing benefits to clinicians and patients alike.

The business was set up in 2017 by physiotherapist Sonia Neary and has gone on to gain commercial traction in Ireland and the UK.

Earlier this year she launched a €100,000 equity funding campaign on Spark. She ended up raising €181,000. This helped her unlock an equivalent amount in matched funding from Enterprise Ireland, as one of its High Potential Start Ups (HPSUs).

The funding is turbo-boosting growth. “We’re using it to take on a head of sales, a senior developer and a UK business development person, as well as spending on compliance and security. It will also help us with our digital marketing strategy, something you need a big budget for before you push the button,” says Neary.

“But crowdfunding doesn’t just bring finance, it is also a really good way of getting PR. It gets you brand ambassadors with a vested interest in you and the campaign gave our customers a chance to invest in us too, which was great.”