Taking on the Brexit challenge

With less than a year to go to Britain’s departure from the EU, Ireland’s food industry remains particularly exposed 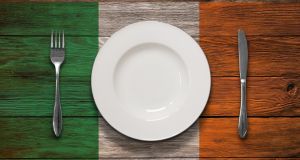 No sector stands to lose more as a result of Brexit than Ireland’s food and drink industry. Overall, the value of Irish food and drink exports increased by 13 per cent in 2017 to €12.6 billion. The share of those exports destined for the UK declined from 37 per cent in 2016 to 35 per cent, or €4.5 billion, in 2017.

This makes the industry one of the most important sectors of the Irish economy, and it remains the country’s biggest indigenous exporter. It also creates a significant amount of jobs outside Dublin and is seen as critical to the economic well-being and development of the regions and is vitally important to rural and farming communities throughout Ireland.

“Brexit is the most significant economic challenge of the past 50 years that Ireland must face,” says Eddie Hughes, dairy and functional food, beverages and food technology department manager with Enterprise Ireland. “Over the coming years, we can expect uncertainty, structural and disruptive change and serious challenges for Irish companies with implications for all food sub-sectors.”

He explains the UK is quite often the first export market of choice for Irish food companies as well the most significant export market for many UK suppliers to this island. “We had approximately €9 billion in bilateral trade in food and beverages with the UK in 2015 and strong trading links with Northern Ireland, where we enjoy approximately €1.3 billion in bilateral trade.”

Despite the uncertainty arising from Brexit, Enterprise Ireland believes the UK market will continue to be a natural priority market for Irish food exporters due to its geographical proximity, a common language, common values and a similar food-consumption culture in food and trade.

“The UK is one of the most sophisticated food markets in the world, with a population of almost 65 million people and a population growth forecast of 77.2 million people by 2050,” says Hughes. “We are encouraging and supporting our food-client companies to sustain its existing business in the UK, to look for new UK business opportunities, as well as looking at business-growth opportunities through diversifying into new food products and markets. We are also continuing to encourage our clients to prepare for a hard Brexit and to mobilise and plan now. Our immediate objectives are to support the operating competitiveness of our clients so that they can deal with any kind of outcome.”

Deloitte partner David Carson can’t think of another sector that will be impacted as badly by Brexit but he believes there will be opportunities as well. “It is not all downside by any stretch of the imagination,” he says. “For every Irish company worried about access to the UK market, there is at least one UK company which is worried about access to the EU market. That has to create leverage opportunities for Irish companies. The biggest opportunity for Irish companies is where UK companies face difficulties accessing the European market. We have been very European in outlook for a very long time and will have to become even more European in future. Enterprise Ireland and chambers of commerce around the country are doing a lot of good work in assisting with that.”

He is also hopeful for the eventual outcome of negotiations. “My feeling is that all sides understand that a good solution is good for everyone and that a bad one is bad for everyone. It is very complicated, but I am encouraged to see that the tone of conversation is increasingly towards a solution. Of course, Irish companies still have to plan for the worst and hope for something better.”

David Meagher of KPMG notes that Irish food companies have already been dealing with the fallout from Brexit. “An immediate consequence of the Brexit vote was a very significant change in the exchange rate and this created issues for exporters,” he says. “They’ve battled through that and the exchange rate appears relatively stable at the moment. It seems to have settled in the high 80s and exporters have become used to that. There is a significant danger it could move again. If they don’t make progress on a trade agreement, there is a danger that it could move against sterling again. Exporters should consider now whether it is opportune to cover forward for changes.”

The next major area he points to is trade barriers and tariffs and all that goes with them. “It is incredibly difficult to tell how that will play out, but a hard border would have incredibly negative impacts. There is no upside to a hard border.”

Like Carson, he believes exporters should prepare for the worst. “You can be an optimist or a pessimist. If you are an optimist, you can hope it will be alright on the night. But the mood music is against that. Exporters need to do a couple of things; they need to be clear in relation to logistics arrangements and make sure they know exactly what the flows are.”

He also sees opportunities. “If a company is buying from the UK and selling back, it could source more manufacturing in UK. It could also look at other markets outside of the UK. That’s easier said than done but there are a lot of supports out there from Enterprise Ireland, Bord Bia, and private finance funds.”

He also points to other aspects of preparation which are not often mentioned. “Companies need to think about their employees and data-protection issues like GDPR,”he says. “They have to make sure they don’t have data on servers located in the UK, for example.”

BDO partner Carol Lynch also highlights some of the more technical aspects of Brexit preparation. “We advise clients to look ahead to the critical dates and work backwards from there,” she says. “The worst case is that the UK crashes out with no deal in March 2019 and the best case is that they leave in January 2021 with a free-trade deal. Food companies need to plan for the worst and hope for 2021.”

There is nothing to be lost from preparing for the worst, she explains. “If a company puts a plan in place a plan for March 2019, most of what’s in it will be stuff they have to do anyway in advance of a 2021 departure date. When you look ahead to these dates and work backwards, companies need to build in the timelines for the various authorisations exporters need.”

Those timelines can be quite onerous. “Take trusted-trader status, for example. That takes a good six months to get through the Revenue Commissioners process her and Her Majesty’s Revenue and Customers (HMRC) is saying that it can take up to a year over there. HMRC also says 40 per cent of applications will fail. Companies need to start looking at that right now. Companies can’t afford to wait until January 2019 to find out if there will be a transition period. They have to look at things such as VAT registration and whether they need to set up a new company in the UK. At the end of the process, at least they will have a plan and then it is not so scary. Scary is looking into the unknown and saying ‘I don’t know what to do’.”

Companies seeking assistance with Brexit preparations have a number of options open to them. Enterprise Ireland has a dedicated team in place to assist and the organisation’s #PREPAREFORBREXIT campaign includes a range of supports to help Irish companies to respond to market challenges. Funding is available up to a level of €5,000 to help exporting clients to develop a business action plan.

In addition, more than 2,000 companies used EI’s Brexit SME Scorecard, an online tool that enables companies to self-assess their exposure to Brexit. Based on information the user submits, the scorecard delivers an instant report, which includes actions, resources and information about events that can help companies to put in place the necessary preparations.

Preparing for an entirely new world

Bringing the benefits of eye-care to vulnerable children

The right formula for a great workplace

Remote control: Getting to grips with the new world of work

How to manage company conflicts

Left to your own devices: Gadgets for remote working