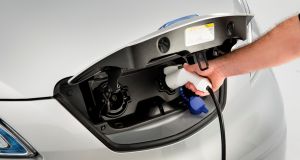 “The ideal solution is an immediate transition to petrol and diesel hybrids, with a further decade spent refining the technology, infrastructure and battery supply chain to allow the adoption of BEVs.”

Responding to a crisis is never easy. The very nature of a crisis demands swift, decisive, action. Then again, action that’s swift and decisive but is equally the wrong thing to do is only going to make the situation worse.

Which brings us to motoring and its role in the current climate crisis. And crisis seems to be the apposite word – a rain forest that’s on fire, a science-denying businessman in the White House, and a Europe that’s being constantly distracted by the clown show that is Brexit, as all the while heatwaves rage, hurricanes blow, and the temperature keeps on rising.

Clearly, transportation plays a massive part in all of this. Private cars especially so, and so we must find ways to reduce the C02 emissions caused by our driving. Even that may not be enough – a recent UK parliamentary committee report found private car ownership, even electric car ownership, was incompatible with reducing C02 emissions.

We have to take care of the C02 emissions – we acknowledge that, but there is no simple solution. The biosphere is far more complex than that

Nonetheless, we have to start somewhere. At the Frankfurt Motor Show in September, many electric cars were shown off, with claims about how eco-friendly they are, and how much they will reduce the carbon emissions of driving.

Will they, though? We really do need to be sure. The planet is burning up, the very concept of human existence is now being called into doubt, and we really, really need to get this right – we won’t get a second chance.

There is some compelling evidence, and more than a little well-informed opinion, that electric cars are not the right answer. That they are too heavy a draw on resources, and too dependent on power generated by fossil-fuelled electricity generation to be quite as green as is claimed.

Christian Schultze is the head of research and development for Mazda in Europe. Mazda has often been an iconoclastic company when it comes to engines. It kept rotary power going far longer than other car makers, and these days reckons it can do better with large-capacity naturally-aspirated engines than rivals can do with small turbocharged units (and it may be onto something, there – Germany’s ADAC organisation lauds Mazda as having the best real-world fuel economy of its peers).

Schultze says: “We have to take care of the C02 emissions – we acknowledge that, but there is no simple solution. The biosphere is far more complex than that, it can’t be fixed by doing one thing.”

Mazda’s plan is to use a broad-strategy approach, reducing the emissions from its petrol and, yes, diesel engines as much as possible, while also working on electric cars and plug-in hybrids. Even then, it’s not taking a conventional approach. Mazda’s first electric car, which was revealed at the Tokyo Motor Show in October, has a small battery and a small range – about 200km on a full charge – but that will be augmented by a tiny, super-efficient rotary range extender engine, a concept that most rivals have abandoned.

Schultze is adamant that it’s a better solution, though. The smaller battery means the car is lighter, and uses less in the way of increasingly scarce (and expensive) material such as cobalt and lithium. “The rotary engine is tiny, and very light, you could fit it in a small suitcase,” Schultze says. “And better yet, you can run it on any fluid that will burn. So for now it will use petrol, yes, but you could also use LPG or CNG, or in the future even hydrogen. Calling electric vehicles C02-neutral is disingenuous, when we still use fossil fuels to generate our electricity. Improvements in the combustion engine can, potentially, make a much bigger impact overall. Electric cars have their role, yes, but they are not a ‘passepartout’ – not a perfect servant to all.”

One of our biggest challenges is fleet turnover, with vehicles staying on the road typically for up to 12 years

You could accuse Schultze of succumbing to a dose of ‘they would say that’ – Mazda is behind the curve when it comes to rolling out electric and even hybrid vehicles. So far, it has only launched one – the mild-hybrid version of the 3 hatchback. That will shortly be augmented by the new SkyActiv-X petrol engine – which mixes the theoretically best aspects of both petrol and diesel engines to create a 2.0-litre petrol engine that’s comparable with a compact diesel, or even a hybrid, in terms of C02 emissions and fuel economy. Theoretically, anyway.

He’s not alone, though. Emissions Analytics, an independent company which monitors vehicle emissions, claims that Ireland can meet its ambitious carbon emissions reductions more easily by encouraging the take-up of hybrid cars, rather than cars powered only by batteries.

Established by Nick Molden, Emissions Analytics has been carefully checking and comparing the real-world emissions of cars since 2011, and it was its data that partially blew the whistle on the 2015 diesel scandal. Now, in the wake of the announcement of Ireland’s plans to trim C02 emissions by pushing the sales of electric cars, Molden claims we can achieve more by keeping petrol and diesel engines, but using more hybrid technology.

“One of our biggest challenges is fleet turnover, with vehicles staying on the road typically for up to 12 years,” explains Molden. “It means that refreshing the entire fleet is a very slow process. Given reservations about current battery electric vehicles [BEVS], we require an alternative that will have a more immediate impact. Due to C02’s long life in the atmosphere, a small change now is far better than a large change in the future. We need to optimise the use of the industry’s available battery capacity to facilitate a critical early reduction.”

The problem is twofold. On one side, you have that slow, steady take-up of electric cars by the public. Even if sales accelerate dramatically between now and 2030, when the Irish Government wants to ban the sales of combustion-engined cars, that will still leave huge numbers of the circa two million vehicles on our roads still running on fossil fuel. Combined with that is the restriction on the availability of electric vehicles – battery production is still well behind what we will need to provide the numbers of electric cars being talked about, and supply of electric cars on the market is still tight. Huge investments are being made in battery factories, but they will take time to come on stream.

Molden’s argument is that it’s better to spread that available battery-making capacity out over as many cars as possible. That means using smaller batteries per vehicle, which means going hybrid, rather than fully electric.

The figures are startling. According to Emissions Analytics, using mild, full and plug-in hybrid real-world emissions test data, from both European and US vehicles, and comparing hybrids with their internal combustion engine equivalents, it determined the average C02 reduction from hybridisation was 23 per cent for the EU and 34 per cent for the US, with an average of 30 per cent across all pairings.

One Irish car industry expert confirmed that this could be a much more sensible way of thinking about the car’s contribution both to climate change and to possible solutions: “We see that there is, if you will, a basket of potential technologies, all of which can make a useful contribution. It’s potentially dangerous to focus on just one of those technologies, and ignore the others. Now clearly, no Government department is going to be happy if you go to them and say that there’s more than one answer, and that there’s more than one technology worth investing in, but that’s the truth.”

It could also be argued that less of a focus on battery-only models, and more emphasis on a broad-front vehicle strategy would be a good thing, as it would reduce concerns over the residual values of existing diesel, petrol, and hybrid cars – something that will be critical in convincing car buyers to change to electric vehicles over the next decade.

“Electrification has proved to be a promising path to reducing tailpipe emissions,” says Nick Molden. “The most extreme form of the technology – fully-electric vehicles – are often hailed as the solution. Paradoxically, full BEVs appear to be a highly inefficient way to achieve an urgent and meaningful C02 reduction. With supply chain issues and consumer acceptance challenges including range and price, there is cause to investigate alternative use of our limited battery capacity.”

Controversially, Molden went on to suggest that diesel power still has a huge potential part to play. He says a mass switch to diesel power would reduce C02 emissions by 11 per cent. Add a mild-hybrid system to those diesels, and you reduce another 6 per cent. A final swap to full hybrids would deliver an additional 16 per cent reduction for a 34 per cent total. Alternatively, switching directly from gasoline to gasoline mild hybrids provides an 11 per cent reduction, with a further 23 per cent from the move to full hybrid. Molden points out that as the EU’s 2030 target is a 37.5 per cent reduction in vehicle emissions, we can get almost all the way there, in theory, without a single battery electric car being added to the mix.

“The ideal solution is an immediate transition to petrol and diesel hybrids, with a further decade spent refining the technology, infrastructure and battery supply chain to allow the adoption of BEVs,” concludes Molden. “By 2030, the EU and the US would have had another decade to develop expanded, cleaner electricity generation capacity, improving the lifecycle emissions of BEVs. Alternatively, by 2030, the availability and price of renewable energy may well fall to a level at which hydrogen fuel cells could be economically viable. These avoid the environmental and geopolitical issues caused by large-scale battery production and would likely offer even lower lifecycle emissions. The overall message is this though: it is paramount that governments and industry take into consideration real-world data when promoting technologies to efficiently reduce C02.”