Preparing for Brexit: Working on customs procedures with help from InterTradeIreland 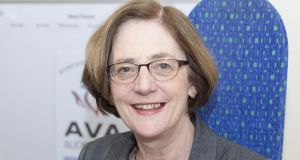 Odilon Hunt and her husband, Brian, started AVA Systems 24 years ago in Sligo.

AVA Systems is an audio-visual services company based in Sligo, run by Odilon Hunt and her husband, Brian. The pair started the company 24 years ago in Sligo, after returning from more than a decade living in London.

The company provides bespoke audio-visual services including setups for events and conferences across Ireland. “It was 1995 and that was an area that was growing at the time,”says Odilon.

“LCD and multimedia projectors were just coming onto the market at that time. Brian was a broadcast engineer with the BBC in London so had a background in the professional audio and video sector, so we saw an opportunity to provide technical facilities for conferences and events.

“It’s the kind of service where you don’t see us, but if we’re not there, events might not run smoothly.

“We have established a good client base over the years including multinational and public and private companies,” she says. “We work throughout the country.”

Part of AVA Systems’ model is not just to supply equipment, but to modify and create bespoke systems, as well as to provide consultancy for companies.

“The service we offer is quite niche,” says Odilon, “the heart of it is helping people communicate effectively.”

While the majority of its business is in the Republic, the company also deals with the UK and three years ago it won a contract for a bespoke sound system for a Ministry of Defence event in Devon.

“We were really delighted to win that work, and we were delivering it in conjunction with another company in the UK,” says Odilon. “This worked really well and, from the point of view of a smaller company in the west of Ireland, being able to tap into that UK market was great.”

Brexit has complicated matters for AVA working internationally, as it imports equipment from the US so the timeline for delivery is important.

“I used to be civil servant in my earlier life,” says Odilon, “so of course I like to work within the system and to tick the correct boxes, and it is very hard to do that now when we don’t have clear information.

“There have been other opportunities and markets in the UK that we could have focused on over the past couple of years,” says Odilon, “but we have been reluctant to. It has certainly affected how we have done business, and it has affected our customers and their investments too.

“I found this really useful because they gave us a lot of information on customs procedures, and it helped us plan for other areas of concern,”says Odilon.

Over the past 24 years, Odilon says the business has faced several other challenges.

“September 11th, and the Foot & Mouth outbreak both impacted our business, but while these had an immediate impact, nothing so far has made such a fundamental change in how we do business until Brexit,” she says.

“Brexit is the one thing that has given us the greatest long-term uncertainty, and the last thing you want in business is uncertainty.”

Brexit: ‘We don’t know what the new normal will look like’

Why Ireland needs to stay ahead of the curve

SMEs moving ahead with preparations despite Brexit constraints

‘The outcome of Brexit is not going to define Derry’

‘In some ways I'm angry about Brexit, because I'm not in control of any of it’

Brexit raises question of who can voters trust