He may be the boss but Declan Ronayne believes every one of the 1,400 people who work for the DIY retailer is just as important as he is

In association with Great Place to Work 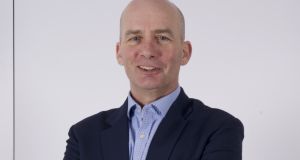 Declan Ronayne, chief executive of Woodie’s: “We are a very firmly embedded Great Place to Work, it’s very much a focus for us.”

To be named Most Trusted Leader is a serious accolade, but Declan Ronayne, chief executive of Woodie’s, is adamant it isn’t just a personal honour.

“I have to say that the award for Most Trusted Leader for Woodie’s is about the more than 200 leaders in our business. It’s not just about me,” he insists.

Leadership has been a focus within the DIY giant in recent years, and Ronayne believes the recent award is ample recognition of the work that has gone into the quality of the organisation’s leadership.

“We are a very firmly embedded Great Place to Work, it’s very much a focus for us. Having been up there four years in a row, we are by far and away the leading retailer, and a lot of that is because we have such good leaders within the organisation,” he says.

According to Ronayne, Woodie’s is an organisation that is “relentlessly focused on customers” but he believes this necessitates a similar focus on employees. “You can’t do that in a customer service business unless you are organised around the confidence and knowledge of the colleagues who serve them.”

In a bid to support his colleagues across the business, Ronayne undertakes regular store visits along with his leadership team, traversing the country each Friday.

“I think this is really important. I don’t tell anyone I am coming, and my job is not to check operating standards, because we have managers for that, but to go around and talk to everyone. I ask them, if they were me, what is the one thing they would do? That way you get so much feedback on what’s going well in the business or what maybe isn’t going so well. The important thing is to understand what our colleagues want and try to deliver that in the same way we do for our customers.”

Unsurprisingly, communication is key for the organisation. In April 2019, Woodie’s introduced Workvivo, its one-stop-shop for all communications, social updates and recognition. The platform is open to all colleagues, who can log on via their computer or smartphone app to read articles and company updates, send and receive appreciation messages, or share social updates.

Recognition of hard work is another crucial element of good leadership, Ronayne says. Woodie’s isn’t shy about this, running newspaper advertisements every February 14th declaring how much they love their colleagues and encouraging the public to give feedback online about a positive customer service experience they had. “Last year, we received over 1,000 pieces of positive feedback, and we sent that back to the stores so they know what people are saying.”

Woodie’s also launched its annual “Woscars” awards ceremony in 2018, where colleagues and teams from across the country are lauded in 25 different categories. The initiative has been embraced by employees – the Workvivo platform crashed the day the nominations were announced.

“We have a wide range of categories, including ‘Till Colleague of the Year’ and ‘Warehouse of the Year’. We also have very heavy footfall and our customer service colleagues are amazing people – they can deal with anything, they have the patience of Job. The Woscars is about making a real song and dance about the people that work for you at every level,” Ronayne explains.

Even in a mammoth retailer like Woodie’s, the personal touch is critical. For example, every one of the 1,400 employees receives a handwritten birthday card each year from the chief executive. “That mean I can say I have a personal interaction with every one of our colleagues each year.”

This idea of hierarchies and the notion that the boss is in the building and we all need to mind our Ps and Qs, I would give up if I thought that was the case

The retailer is also focused on giving back – in the last five years Woodie’s colleagues have raised €1.5 million for charity, says Ronayne. Four charities are selected each year and a four-week programme every July sees a flurry of fundraising activities by each individual store.

“Last year alone, over €400,000 was raised for Temple Street Children’s Hospital, Down Syndrome Ireland, Make-A-Wish, and the Jack & Jill Foundation. Every colleague knows that July is their time to go hell for leather to raise money for these charities, and we give them free rein,” he explains.

Ronayne has little truck with traditional business hierarchies. “I struggle to understand how you can operate in a people business without being close to your people,” he says. “This idea of hierarchies and the notion that the boss is in the building and we all need to mind our Ps and Qs, I would give up if I thought that was the case.

“Those days are dead where the boss is the most important person in the place – people need to know that they are just as important whether they are sitting at a till or at the customer service desk or in the warehouse.”

Mastering the foundations of trust

Spotlight on tourism and hospitality

Attracting talent is only the start, the challenge is holding on to it

Valuing women in the workplace

Education for business and life

What makes Woodie’s a great place to work?