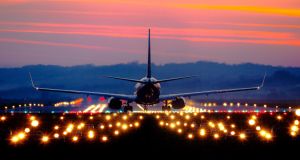 Aviation leasing employs about 1,500 people and there are estimated to be another 3,500 jobs created in the broader economy

Aviation leasing is one of Ireland’s major success stories, starting in the 1970s with the launch of Guinness Peat Aviation (GPA) by Tony Ryan, who went on to co-found Ryanair.

The sector employs approximately 1,500 people and there are estimated to be another 3,500 jobs created in the broader economy. Employment has also almost quadrupled from 2007 to 2016.

More than 1,700 new aircraft were delivered by Boeing and Airbus in one year and there are orders for over 17,000 new aircraft over the next 10 years. This is due to the projected increase in passenger numbers which are due to double by the year 2030 to more than 73 million, driven mainly by the Asian market.

Ireland is now recognised globally as a centre of excellence for the industry and the top four global lessors are located here. The continuing successes and developments in the industry have significantly contributed to Ireland’s economy – approximately $660 million each year. This is through tax collected on employee salaries, irrecoverable VAT, fees paid to professional services firms based here as well as other Irish based suppliers. Then there is the spend by the companies and employees in the economy more generally and the trickle-down effect this has.

Many of the major players currently in the industry evolved from or came directly out of GPA, according to Anne Flood, head of capital markets at Intertrust.

“It goes back to Tony Ryan in the late 1970s, when he founded GPA and it became very successful over the 1980s. It went on to float in 1992, but as a result of turmoil in the global market, that flotation failed and it was bought out by GE Capital. A lot of people who worked in GPA moved on and either set up aviation leasing companies themselves or went into law firms or the ‘big four’,” she says.

The industry is now comprised of leasing companies, and maintenance, repair and overhaul (MRO) companies. A good example of one of these is FL Technics, which employs some 1,000 people in Limerick and Dublin.

Recent successes include a number of significant transactions that underpin the continued expansion of the aircraft leasing industry. Standout examples, says Rob Murphy, co-chair of Aviation Group Arthur Cox, include the formation and development of Avolon into a top three lessor, with close to 1,000 aircraft and the purchase by AerCap of ILFC and the location of AerCap’s international headquarters in Dublin.

“The benefits of this to the economy are clear and evident, especially through the creation of high-end jobs, both direct and indirect. Recently formed industry body Aircraft Leasing Ireland gives continuing focus to the importance of the industry to the economy. The body will work with the Government to spearhead initiatives in order to continue the progress,” he says.

The tax infrastructure continues to make Ireland very attractive, including the comparative rate of corporate tax but most importantly, the double taxation treaty network, which is better than most other countries. There is also attractive tax depreciation on aircraft assets.

However, there are competing jurisdictions coming to the fore, including Hong Kong and Singapore, Flood says. “They are really setting up to actively compete with us and go after the buoyant Asia sector, where a lot of the demand is coming from, so it’s great to see Aircraft Leasing Ireland, the new government industry body set up by Ibec last year. This will corral the industry and represent the major players and continue to promote Ireland as a centre of excellence,” she says.

In terms of growing this industry into the future, there is a strong focus on education and the need for investment on that side, Murphy says.

“That is already coming through with the success of the UCD masters in aviation finance, launched in 2016. There is also a need to expand Ireland’s double tax treaty network so that we stay at the cutting edge of growth in the industry,” he adds.

In terms of Brexit, how is this likely to impact on the industry in Ireland, both positively and negatively?

“Brexit’s impact is really focused on airlines operations, access to traffic rights and related ownership rule compliance. So there is no adverse impact on the overall outlook for the leasing and financing industry,” Murphy says.

Flood agrees, saying the global industry will be least impacted by Brexit but it will have an impact on the airlines. Unless there is agreement regarding international air travel, “that’s a headache for the airlines” she says.

Tom Woods, head of aviation finance and leasing at KPMG in Ireland says employee pay has grown by 500 per cent in the industry, which as of 2016 averages at €165,000 a year per the Central Statistics Office.

“This is likely to continue into the future as the industry grows and Ireland’s share of it grows. The ability to deliver on this growth is predicated on Ireland remaining attractive as a location for aircraft leasing. Much of this will hinge on the ability to attract and retain top talent here. In this regard, ensuring we have availability of housing, international school education, work visas for family members as well as an attractive income tax regime will be key,” he says.