Hong Kong and Singapore are attempting to carve out a niche in the global aircraft leasing market, but do they represent a threat to Ireland’s pre-eminent position? 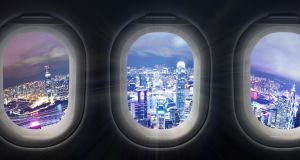 Ireland’s traditional strengths, such as an attractive tax regime and availability of experienced talent, will help it retain its leadership position in aviation finance. Photograph: iStock

With the International Air Transport Association predicting China will overtake the US as the world’s largest aviation market within the next five years, it is quite natural for Asian jurisdictions to see themselves as potential competitors to Ireland when it comes to aircraft finance.

KPMG head of aviation Joe O’Mara believes Ireland is well-placed to retain its leading position but says the threat must still be acknowledged. “It is always the case with an industry with mobile assets that you can move them where you wish,” he says. “An aviation lessor can move its fleet to Hong Kong or choose to own the next aircraft in Singapore.”

Singapore has long cast a covetous eye in Ireland’s direction. “It’s been there for a long time,” says O’Mara. “On the face of it, Singapore has similar tax arrangements to Ireland. The challenge that it faces is that Ireland’s system is straightforward while theirs is concessionary. Singapore’s Aviation Leasing Scheme (ALS) regime is discretionary. A company typically gets a concession for five to 10 years and has to renew it after that. That leads to uncertainty.”

BDO partner Angela Fleming agrees. “The fact that it’s concessionary effectively means that it’s temporary and that is a difficulty for them.”

Ireland’s tax treaty network is also difficult to replicate, according to Fleming. “Ireland has a network of 74 tax treaties but it’s not just the number that’s important. Many of them have been negotiated with aircraft leasing in mind. Very few of those treaties can be beaten by other jurisdictions and it takes years or even decades to negotiate.”

And the absence of such treaties can be a severe disadvantage. “Companies can’t manage cross-border transactions as effectively without them,” says O’Mara. “Only one major aviation lessor is headquartered in Singapore. It has never really taken off as a location for aviation leasing companies.”

Hong Kong is a more recent entrant to the market. “The government there has always been interested,” O’Mara point out. “Tax was the issue until quite recently. They didn’t allow a tax write-off for the asset and that made it wholly uneconomic. They introduced a new regime two years ago with a lot of fanfare. You can get to a single digit effective rate of corporation tax. What holds it back is its tax treaty network.”

Another factor is the relative youth of that regime. “There is always a question mark over new arrangements and how long they will last,” says Fleming. “When you have an aircraft with a viable life of 25 years, you need certainty in relation to the financial structures you put in place around it.”

Another issue has been the political situation in the jurisdiction, says O’Mara. “There was a possibility that Hong Kong could have become an Asian hub for aviation leasing with a complementary offering to Ireland’s but that was before the political unrest of 2019. That sort of thing makes people nervous.”

Arthur Cox partner and co-head of aviation Caroline Devlin says Ireland’s traditional strengths will help it retain its leadership position. “Hong Kong and Singapore are aggressively pursuing this market with specialised competitive corporation tax regimes for aircraft lessors,” she notes. “However, Ireland doesn’t just compete solely on tax. Investors will look for a tax-neutral jurisdiction and take this for granted, and then seek many additional features.”

Those features include a long track record and availability of experienced talent as well as other factors. “Post Brexit, Ireland will be the only English-speaking EU jurisdiction,” Devlin adds. “It is also a common-law jurisdiction with a beneficial tax environment and a stable political environment.”

But resting on our laurels is not an option either, O’Mara points out. “At a local level, we have to consider what we can do from a personal tax perspective. Many other jurisdictions offer personal tax rates in the mid-teens and we have to compete with that when attracting senior people. We also need to continue to expand the tax treaty network and focus on building the talent pool that’s already here in aviation finance.”