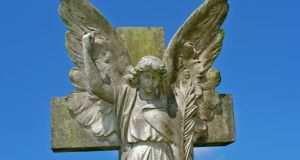 In the late 1980s, when researching a book about Gerry Adams, I travelled from Dublin up to west Belfast to meet a senior republican for an off-the-record interview.

Before agreeing to the interview, I’d been asked where I was coming from, as in what point of view I would bring to the book. When I responded, bumblingly, that I was a zoology graduate from Trinity College, I was met with stunned incomprehension, followed by the realisation that my misinterpretation of his question meant I was almost certainly not a “stickie” (a Sinn Féin the Workers Party member), or some other type of political ideologue with an agenda.

After studying zoology I’d done a postgraduate diploma in journalism, and as part of that course had gone to Belfast to take photographs. I took snaps of a British army foot patrol on the Falls Road, and it was only when a member of the unit came over to ask who I was that I realised how young and nervous they were.

The soldier’s voice stumbled as he tried to read the numbers on my student identity card into his Dictaphone. A small woman wearing a headscarf and pulling a wheeled shopping bag muttered “nice to see them being photographed for a change” as she walked past.

The veteran Belfast republican asked me something along the lines of, so what’s your impression of the Falls?

I had a friend in the journalism class (whose family had suffered terribly from the political/sectarian violence in Belfast) and went north once or twice after finishing the course, for drinks with him in a Belfast drinking club. “Ach, it’s grand up here,” he’d say, and I’d think, privately, no it's not, there is nothing grand about walking through a city with armoured personnel carriers rumbling past and nervous soldiers pointing military rifles at you.

But it must have been a while since I’d been up north when I’d found myself going up the Falls Road to my late 1980s rendezvous, because west Belfast made a very strong impression on me. The sense of poverty and disadvantage was pervasive, and the political murals and occasional passing armoured police or army vehicle added to the sense of general misery.

When we sat down in the room where we were going to chat, the veteran Belfast republican asked me something along the lines of, so what’s your impression of the Falls? It put me in an awkward spot, because the impression the Falls had made on me had been so negative. The honest answer would have been, it’s a terrible kip, but that struck me as being impolite, so I mumbled something that he interpreted, wrongly, as an expression of admiration.

“Yes,” he said, “the struggle is very vibrant up here.”

It was a case of complete and utter miscommunication, but I let it pass. I was young.

Last year I went up to Belfast to take part in an afternoon talk, in a lovely cinema beside the Queen’s University campus. I stayed in the Europa Hotel the night before, and on the morning of the talk, after an early breakfast, I got a taxi on the rank outside and asked to be driven to Milltown cemetery.

Most of the graves seemed to be of young working-class men who’d died violently in the early 1970s, men whose names weren’t familiar to me

The city was Sunday morning empty. The driver was curious, and I told him about being a journalist and having an interest in what had happened in Northern Ireland in the decades of the IRA’s war. West Belfast looked as grim as ever. When we were going past the Rock Bar on the Falls Road, he told me that many of the IRA’s most famous living members assembled there on Sunday evenings, to drink pints and sing republican songs. He drove the taxi into the cemetery, and over to the republican plot, which was what I wanted to see. Before leaving, he told me he had a story he’d love to tell me some day, and took my number. But he never called.

And then, as is the way with life, the republican plot affected me in a way I hadn’t seen coming. Most of the graves seemed to be of young working-class men who’d died violently in the early 1970s, men whose names weren’t familiar to me. There were pictures of them on the gravestones and the pictures reminded me of the photos we had in our family when I was growing up in Dublin. The young men were dressed exactly like my older brother (now a granddad) had once dressed. Their look struck me then in the graveyard as a curious mix of young, western pop culture, and the old, less well-educated hierarchical society their generation was starting to leave behind.

Long hair, oversized collars, and then a tie, and a proper man’s jacket with three buttons down the front; contemporary cool but also old-fashioned; “liberated” but also conservative; on a threshold: a threshold those young men would never get to cross.