Already the word is out that even the projected fee of €4,000 won’t be enough 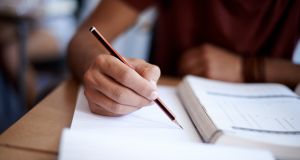 Young people are repeatedly ignored in Irish society, even though they are at the forefront of effecting positive social change, entrepreneurialism, creativity.

It has become a regular occurrence. Ever since Peter Cassells, former general secretary of the Irish Congress of Trade Unions, was appointed by former minister for education Ruairí­ Quinn as chairperson of a group to examine higher education funding in July 2014 there has been a trickle of pitches regarding how students will have to foot the bill for their third-level learning.

Quinn – and the Labour Party in general – spectacularly reneged on their promises to students before the 2011 election. Now that the Department of Education is under Richard Bruton (via Jan O’Sullivan), and the Cassells report has been presented to Minister for Public Expenditure Paschal Donohoe, there is a sense of inevitability to burdening students with debt as the “way forward”.

The chipping away at the concept of free education has been under way for a while now, with a steady drip of commentators, politicians and of course the universities themselves deciding that fees will be a reality, that there’s no way out, that this is the only game in town.

This march towards a consensus on the issue is facing little opposition. We have bigger problems. We live in a country driven by “economic realities”, with neoliberalism, privatisation and things that were formerly about public service and betterment of society pivoting towards profit.

The word is out

Back in September, the University Times reported: “Peter Cassells, the chair of the government higher education working group, has said his group will report by the end of the year despite ‘a lot of cynicism’ that it would be delayed until after the general election.”

Fast forward to June and we’re told: “A large section of the report explores the option of a student loan scheme, with the current €3,000 charge being converted to a €4,000 fee that is repayable when the student enters paid employment above certain income levels.” Already the word is out that even that projected €4,000 fee won’t be enough.

There is little political will to protect students. Young people are repeatedly ignored in Irish society, even though they are at the forefront of effecting positive social change, entrepreneurialism, creativity. They also bear – and will continue to bear – the brunt of a financial collapse and terrifying national debt crisis they played no part in. We need to stop punishing Ireland’s young people just because they fall into a demographic we perceive to have less political capital and lobbying power.

Charging students a few grand won’t solve the funding crisis universities are in, and neither will that figure be sustained, it will rise and rise as each new academic year arrives. But what it will do is have an impact on those individual students. You won’t fix anything by punishing prospective and current students at the point of entry of third-level fees. There need to be bigger and smarter solutions.

Not only will young people suffer, their parents – part of a generation already pummelled by the property disaster – will also suffer. Let’s say you bought a house smack bang in the middle of the property boom in 2005 when your son Richard was a toddler. Richard is now in second year in secondary school, about to have his final taste of an exam-free summer before he goes into third year in September, and the latter part of the Junior Cert cycle really starts to kick in. Come 2020, he’ll be cramming for the Leaving Cert, and you’ll wish you had the type of vision that date evokes. And what are the young people about to undertake their leaving certificate now meant to think, as they stare into this uncertain funding abyss?

The people who will suffer most will be the ones already struggling to cross the threshold of a college or university. Already some young people are at a disadvantage, depending on which postcode or part of a county they grow up in. Some parents who can afford to throw money at the issue will enrol them in private schools and pay for grinds.

The landscape is already unequal. Paths to education are influenced by and sometimes interfered with by environmental and behavioural factors, peer behaviour, as well as social and geographical contexts.

If everyone around you goes to college, if your teachers in school expect everyone to, if your brothers and sisters went, if your parents encourage you, if your neighbours talk about university as a normal option, then of course you’ll mimic that behaviour. But what if that’s not your context?

Good people, more open and accessible education organisations, dedicated activists and decent politicians spend their lives trying to break down those barriers, to encourage people for whom third-level education was never a realistic option to forge a new reality for themselves where it is a realistic option. Even fee exemptions often don’t work once fees are in place.

The perception is that the education is already unattainable. So what are we doing now but bringing those obstacles back onto this fantasy “level playing field”, rebuilding the barriers and hoping the consensus reaches a point where no one will oppose it.

1 Covid-19 in Ireland: Colour-coded response set to replace phases
2 ‘I’ve been sleeping with my girlfriend’s sister. I need help. What do I do?’
3 Ireland among countries urged to consider reinstating Covid-19 restrictions
4 Former Sinn Féin member apologises for anonymous social media abuse
5 The patriotic cellist who refused to play Rule, Britannia!
Real news has value SUBSCRIBE