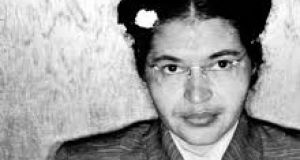 “It is shameful to think that the actions of figures such as Rosa Parks [above] and Harvey Milk have now been replaced with the lazy, crude, stupid and infantile justice warriors, be they on the left or right.”

At the beginning of 2016, the consensus would have been that the likes of Germaine Greer and Peter Tatchell were liberal progressives, and that politicians such as Jeb Bush and John McCain were conservatives. But that was before the turbulence of Brexit and Trump.

The rapid emergence of a new digital militancy has us seeing out the year with Greer, a giant of the 20th-century feminist movement, described as “a hateful, transphobic bigot”. Tatchell, a human rights campaigner and leading light in the LGBT movement, was allowed to get away with just being “a racist bigot”.

Similarly, old school conservatives such as Bush and McCain are now “liberal sell-out cucks”, “cuck” referring to the fact that they are so weak and ineffectual that their wives seek sexual satisfaction elsewhere.

How did this happen? Many of the younger digital warriors either got “woke” or took the “red pill” this year in response to the political battles royal raging around them. These would be the initiation ceremonies for the SJWs (that’s social justice warriors) and their digital counterparts, the alt-right.

Both of these cohorts would clutch their pearls at the idea of being compared to each other, but there are striking similarities. Both engage in peer-to-peer meme warfare, both believe that you need to infect the media before the media infects you, and both have totalitarian skeletons in their closets.

In addition, both make a lot of media noise disproportionate to their actual numbers, both flagrantly use the currency of “outrage”, and both prefer caricatured narratives of the world. As a result, both make great Buzzfeed-style media copy.

Academic Kristian Niemietz told Quilette. com that as cultural attitudes towards race, gender and sexuality become, in a sense, “normalised”, the economics of political correctness dictate there is less status return for simply being “progressive”. So veteran campaigners such as Greer and Tatchell are sacrificed and painted as “reactionary bigots”.

The alt-right also received a rush of blood to the head this year. “Beta conservatives” were made to walk the plank as Do As I Say libertarians, mouth-breathing white supremacists, suburban obergruppenführers on off-peak broadband connection rates, and (Jesus wept) the “male liberation movement” all emerged from their basements muttering about “women and socialists” and wondering what’s so wrong with wanting to live in a white homeland anyway.

By their shibboleths you will know them: SJWs don’t like “mansplaining”, “whitesplaining”, “straightsplaining” or “cisplaining”. Alt-righters view anybody who is not white, heterosexual and male as “whiny crybabies”. Multiculturalism is considered liberal camouflage for a slow, white genocide, and they use the curious phase “human biodiversity”, which is polite dinner party talk for “Heil Hitler”.

How grateful those companies currently raiding pension funds and introducing zero hour contracts must be to see this sort of digital “political engagement”. As Rome burns around them, people who have far more in common economically than they think incessantly shout at each other online about “isms”.

The real danger of clicktivist warriordom is its meretricious appeal. You don’t have to do anything or go anywhere in order to believe yourself to be “engaged” with the world.

Hard-fought politics on the ground is slow-moving, often boring and not likely to be shared, liked or commented upon. Membership of political parties in Ireland and many others is at an all-time low. The thankless slog of going door-to-door, communicating a message, persuading an audience and actually acting on your beliefs – rather than spouting them online during ad breaks on reality TV shows – is perceived as terminally old-fashioned.

It is shameful to think that the actions of figures such as Rosa Parks and Harvey Milk have now been replaced with these lazy, crude, stupid and infantile justice warriors, be they on the left or right.

The two groupings have ushered in a “oh yes you did – oh no I didn’t” pantomime style of politics: a cheap, cliche-ridden dumb-show with predictable and tiresome audience participation.

We can’t see the wood for the tweets.