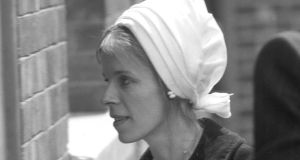 In November 1974, John Bingham, the seventh Earl of Lucan, a dashing but dissolute gambler, supposedly mistook his children’s nanny for his estranged wife in the dimly lit basement of their London home and bludgeoned her to death. Then he vanished, never to be seen again.

The Dowager Countess of Lucan, was reported missing from her daily walk in nearby Green Park. Three days later, on September 27th, the Metropolitan Police found her dead in her two-bedroom mews cottage on Eaton Row.

Lady Lucan, who was 80, appeared to have died of natural causes, a rather quotidian finale to a lurid mystery: Is Lord Lucan, who would be 82, dead or alive? And did he, as charged, murder the nanny?

He was not the sort of Englishman to cope abroad

Since 1974, those enigmas have inspired novels, subway graffiti, litigation, conspiracy theories and scores of reported sightings of Lord Lucan – or were they just mustachioed look-alikes? – who was the first peer indicted on murder charges since 1760.

Imperious and wickedly witty, Lady Lucan had insisted over the years since the murder that her husband was long dead. She speculated that rather than flee Britain, he – a rakishly debonair and reputedly self-indulgent aristocrat – had killed himself immediately after realising he had murdered the wrong woman in what she saw as an attempt to terminate their abusive marriage.

“He was not the sort of Englishman to cope abroad,” Lady Lucan once explained. “He likes England, he couldn’t speak foreign languages, and he preferred English food.”

She suggested instead that Lord Lucan, an accomplished powerboat racer who knew something about propellers, could have leapt into the English Channel from the Newhaven-to-Dieppe ferry.

“I would say he got on the ferry and jumped off in the middle of the channel in the way of the propellers so that his remains wouldn’t be found,” Lady Lucan said on ITV this year. It was, she suggested, “quite brave.”

Some have posited that he did not want his body to be found, to ensure that it would be more difficult for his wife to declare him dead and gain custody of their children and his family trust funds.

Lady Lucan was born Veronica Mary Duncan on May 3rd, 1937, in Bournemouth, a resort town on England’s southern coast. Her father, Charles Moorhouse Duncan, who had been a major in the first World War, died in 1939 in a car accident.

Her mother, the former Thelma Watt, took Veronica and a younger sister, Christine, to South Africa, where she remarried. They eventually returned to England and, as a young woman, Veronica moved to London, where she found work as a model and a secretary and later became the owner of a small printing shop.

Kydd, a self-described philanderer, introduced Veronica to Richard John Bingham, an Eton-educated veteran of the elite Coldstream Guards. A merchant banker turned professional gambler, Bingham would inherit the title Lord Lucan when his father died in 1964 and acquired the nickname Lucky Lucan when he won $50,000 at baccarat.

The name stuck. The luck did not.

When he and Veronica married in 1963, she recalled in an ITV documentary this year, their wedding “was sparsely attended because neither of us was very popular.”

They honeymooned on the Orient Express. He squandered the family fortune gambling but became no less profligate. She suffered from depression after the births of their children. She said he had repeatedly struck her with a cane, to beat “the mad ideas out”. By early 1973, he had moved the family out of their five-story house in Belgravia to the mews where Lady Lucan would be found dead 44 years later. By her account he became obsessed with gaining custody of the children, contending that she was mentally unfit and incapacitated by prescription drugs.

On November 7th, 1974, according to an inquest, the nanny, Sandra Rivett, 29, was asked to make tea for Lady Lucan in the basement kitchen and take it to her in her bedroom, on the first floor, where she was watching television. The children were asleep upstairs.

The kitchen was dark when Rivett was attacked by a man wielding a lead pipe. When Lady Lucan went downstairs to determine what was delaying her tea, she encountered Lord Lucan on the stairs and he struck her with the pipe. She said she escaped his clutches by grabbing his testicles. Then, in stiff-upper-lip fashion, he asked for a glass of water, Lady Lucan said, and they conversed briefly. Lord Lucan drove off in a borrowed Ford Corsair and Lady Lucan ran bleeding from the pipe wounds to a local pub, appropriately named the Plumbers Arms, shouting, “He’s murdered the nanny!”

In a very different version of that night’s events, which he delivered personally to friends and in a letter to his brother-in-law, Lord Lucan said he had stumbled upon a man assaulting his wife and that she had accused him of hiring the assailant. Two days later, his bloodstained car was found abandoned in Newhaven with a lead pipe in the trunk.

A week after the murder, when Lady Lucan had fully recovered, she gave the police a more detailed account, and a warrant was issued for Lord Lucan’s arrest. In 1975, a coroner’s jury found him guilty of the nanny’s murder. In 1999, Lord Lucan was declared dead.