The books, movies, podcasts and programmes to get you through the downtime 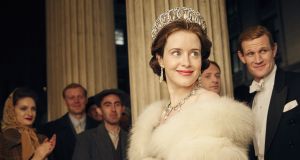 Now that Christmas has arrived, it’s time for political junkies to take some downtime. Here are some ideas on how they might treat themselves over the holiday period.

1. Find time to read Hillbilly Elegy by JD Vance. Vance is a thirtysomething, Yale law graduate who grew up in the Rust Belt city of Middletown, Ohio and in the Appalachian town of Jackson in Kentucky.

He has written a compelling memoir that doubles as a detailed account of social, regional and class decline. It offers an insight both to forces shaping recent US politics and lessons about social mobility.

He writes candidly about the family dysfunction, addiction, violence and deprivation in which he grew up and seeks to both illustrate and explain how the lack of social capital and, in many instances, a lack of social or economic ambition has rendered the American dream inaccessible for millions of white Americans.

The book was published last summer and became an instant bestseller during the US election. It is even more potent and important in light of the Trump victory.

2. Make a date for yourself in late January to see the new Natalie Portland movie Jackie. I caught a preview a couple of weeks ago and was blown away.

This is not a biopic or political drama but an intimate and intense portrayal of Jackie Kennedy’s struggle with her faith in the days between her husband’s assassination and his funeral.

Portman plays the traumatised yet resilient Jackie brilliantly in what may very well be an Oscar-winning performance.

3. Treat yourself to the magic of podcasts. For news and current affairs junkies, they not only give control of when and where you listen to your favourite radio programmes but also open up a whole new world of programming unavailable elsewhere on the airways.

The Irish Times Women’s Podcast and Politics podcast are well worth downloading. Another good Irish podcast is Newstalk’s Top 5 Books where Shane Coleman talks to personalities about their favourite reading. Eoghan Harris’s take on Aristotle and Diarmuid Ferriter on jogging are two of the gems within.

Those wanting to keep abreast next year of dramatic political events in Britain need the BBC Radio 4 player – not least for Martha Carney’s World at One, great company on late evening walks or runs.

It charts the family disagreements, the constitutional crisis and the social and economic challenges that shaped Britain and its monarchy in the 1950s.

Each episode has the complexity, depth and acting quality one would expect from a West End play.

The episode focusing on Churchill’s sitting for a portrait is particularly compelling, not least for John Lithgow’s portrayal of the ageing prime minister.

For three or four nights, turn off all phones, discourage all visitors and devour this masterpiece of political and period drama.

5. When you have rested your mind a bit and are ready for meatier material, then it is worth turning to How Ireland Voted 2016, edited by Michael Gallagher and Michael Marsh.

This is the definitive analysis by more than a dozen of the country’s top political scientists of the general election.

The chapter by Theresa Reidy on Candidate Selection: The Illusion on Grass Roots Democracy and David Farrell and Jane Suiter’s concluding chapter The Election in Context are particularly strong.

6. For a broader take on the reasons for our volatile politics, see Mark Thompson’s book Enough Said. Thompson, one-time director general of the BBC, is chief executive of the New York Times.

He was fascinating when I saw him interviewed at the Edinburgh International Book Festival in August; he is equally fascinating in longer form in the book.

It’s a tour de force on rhetoric, or the lack of it, in our modern age and on how crude, populist and social media-fuelled argument and the rejection of expertise are undermining public discourse on both sides of the Atlantic.

7. My last recommendation comes, thus far, based on hearsay rather than direct consumption. In 1979, the legendary US journalist Bob Woodward wrote a definitive account of the inner workings of the Warren-era US Supreme Court called The Brethren. This year Ruadhán Mac Cormaic’s new book The Supreme Court does the same thing for the Irish court.

Every judge, journalist, student or politician to whom I have spoken, and who has read the book, recommends it as this Christmas’s must-read. That’s good enough for me. Once St Stephen’s Day comes, I look forward to parking up beside a warm log fire and tearing into it.

Here’s wishing all fans of news, politics, law and media a restful and reflective Christmas.