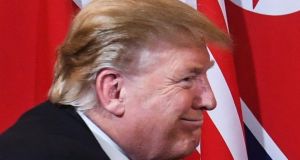 One of the enduring mysteries of the online world is the moral schizophrenia which centres around the twin poles of privacy and anonymity. Those who live large parts of their existence online seem to wish to have their cake and eat it. They fear others knowing what they do online but they adamantly assert the right to participate anonymously in social media.

If you view the online world as a liberating library season ticket to a vast universe of human knowledge and opinion (which in many ways it is), the very obvious question is whether you want the library’s staff to hover at your shoulder and carefully record all the books and periodicals you consult and exactly what items and for how long you read in their library. There is an obviously oppressive dimension to cookies and so-called privacy terms and conditions.

In my innocence, ignorance and laziness, I had exposed myself to predictive surveillance which serves little or no useful benign purpose in my life

On the other hand, if you see the online world as a space where you are increasingly obliged to exist – electronically commuting every day to interact with your friends and fellow citizens – data harvesting is positively threatening. I remember the first time my mobile informed me of exactly how many minutes it would take to drive from my home to Leinster House. The unsolicited provision of that gratuitously detailed information depended on which direction my car took at a local set of traffic lights each day.

I presume that I could have turned off whatever phone setting exposed me to the sense that my pattern of movements was being stored, analysed and processed daily. But in my innocence, ignorance and laziness, I had exposed myself to predictive surveillance which serves little or no useful benign purpose in my life. If I was very paranoid, I would get up in a heap over such things.

More recently, my phone company now sends me a weekly analytics text giving me the entirely redundant information as to how long I spent doing online Sudoku or historical research.

But, as the Cambridge Analytics saga showed, all of this information is being stored somewhere in the cloud, perhaps to be abused by malign actors. To be honest, I don’t feel that I am vulnerable to online manipulation. And therefore I don’t really care.

Trump’s moronic and often hate-making tweeting, until now at any rate, is wholly unfiltered

The problem with much of social media is the disinhibiting effect of anonymity. People engage in anonymous, gratuitous abuse online which they would never do in a letter to a newspaper editor or in a newspaper column were they privileged to write one. Moreover, they publish anonymously to the world at large. Taste, truth, charity and moderation fly out the door.

Our capacity to anonymously offend, wound, deride and humiliate others is exponentially increased by social media. Trump’s moronic and often hate-making tweeting, until now at any rate, is wholly unfiltered.

When Irish people had Fox News as part of their Sky package, they could see for themselves what was happening to weaponise right-wing America politically – as happened with Tea Party politics. Now we are stuck with the counter-propaganda of CNN’s news coverage.

I used watch with astonishment as crazy Glenn Beck spouted his monologues, drew arrows and looping connecting lines on a blackboard linking Obama and Obamacare with swastikas and hammer-and-sickle logos, and the L-word, “liberal”, all courtesy of Rupert Murdoch’s Fox channel.

But at least you knew that the drivel you were watching was Glenn Beck’s drivel and that Rupert Murdoch wanted you to see it – in the same way that you can discount Trump’s white supremacist tweeting and retweeting of hate speech. At least it’s somewhat attributable.

Closing down Trump’s ranting tweets might yet be counter-productive. This week he retweeted video footage of white supremacists shouting about white power and brandishing their beloved weapons at non-violent protesters.

We are entitled to know what he wants to retweet so we can get the measure of him. If we leave our understanding of Trump to be wholly mediated by journalism, we risk giving him the smokescreen afforded by his allegation of fake news.

If we leave our understanding of Trump to be wholly mediated by journalism, we risk giving him a smokescreen

Does editorial labelling by Facebook or Twitter of Trump’s tweets as factually wrong or as hate speech or as racist serve much purpose? If he is proving himself to be a racist, does that serve a useful purpose?

Apart completely from Trump, do we need to be warned about online or printed content? Is there a thin line between the illiberal woke demand not to be offended and widespread censorship? I find uncensored Trump more revealing than a cowed, careful and more subtly manipulative dog-whistle version.

1 Coronavirus: Unwinding of latest stage of roadmap ‘could be pushed back further’
2 Mary Hannigan: ‘Bitches Who Stood’ might be better viewed as useful allies
3 UK accuses Russia of election interference and trying to steal Covid-19 vaccine
4 Race against time: The inside story of Ireland’s Covid Tracker app
5 Coronavirus in Ireland: Further reopening delayed amid 'worrying' rise in infection rates
Real news has value SUBSCRIBE