Meat is the norm; not to eat it is to make a fuss 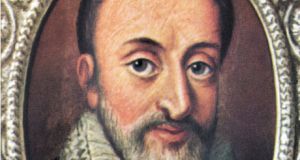 It was the ambition of Henri IV (1553-1610) that during his reign every peasant in France would be able to afford to have a chicken every Sunday.

Maybe it’s time to start considering, for about the 200th time, becoming a vegetarian. Our horse meat nightmare is not going to be as easy to ignore as we moral cowards had originally thought. The old consumer policy which has served us carnivores so well over the years – insert head in sand and keep it there while gorging on a lovely bit of ham – is besieged from every side. Blast it.

Although we have made worthy-sounding noises to the contrary, not everyone buying cheap processed meat is feeding a large family on the money they get from social welfare. Far from it. There is plenty of money in Ireland still. But the alternative approach to meat consumption – to buy less meat and to buy better quality – is too much trouble for the thousands of us who could afford to try it. The truth is that we are too lazy even to cut down. In this country our favourite piece of meat has always been the short cut. As unattractive evidence rises in steaming great piles on either side of us, it might be time to ask why we cling to meat-eating with such determination.

In Ireland we believe in meat – or did until the Food Safety Authority of Ireland got cracking with its DNA tests last November.

To us vegetables will always be the side order. As a culture we are so close to the land that we do not think, as the singer Morrissey once maintained, that meat is murder, but rather that meat is money. And you don’t want to go giving that up.

The thing is, we’re right about meat being money, and not just for the people who smuggle and adulterate it, but for the people who consume it as well. China’s demand for meat has quadrupled in the past 30 years, to the point where agricultural economists there are warning that it is not sustainable.

In China most meat is consumed in the more prosperous cities. Beef is extremely popular where once it was so unusual that it was known “millionaire’s meat”. We have made that journey ourselves, from involuntary abstinence to week-long meat eating, just a century earlier.

Everybody knows that meat consumption is a sign of prosperity and always has been. It was the ambition of Henri IV (1553-1610) that during his reign every peasant in France would be able to afford to have a chicken every Sunday. (God, we haven’t even started on chicken production yet – or have we? ) Henri was a smart guy. To raise enough chicken to feed the French population – even the much smaller population of the 16th century – you’d have to have a good strong soupcon of social stability.

Henri obviously believed the availability of meat denoted the type of basic contentment and wellbeing that keeps a society nice and quiet. Unfortunately there are limits to what even meat consumption can achieve, and Henri was assassinated in 1610. Last week his head, severed from his body when his grave was ransacked during the French Revolution, was identified and authenticated by scientists using DNA tests. But he was right in his instinct that meat is emotional.It is a comfort food.

Meat is conservative – John Wayne believed in steak. Meat is traditional. Not just in the we-are-all-cavemen-at-bottom sense promoted by the people who stick to the so-called Stone Age diet for health reasons, but in the social sense. In Ireland eating meat is normal, it’s the ordinary thing to do. The instruction to “eat what you’re given” was emblazoned on our foreheads by hundreds of thousands of Irish mothers. They raised numberless ranks of unquestioning consumers, and for mostly good reasons, of which politeness and social acceptance were only two.

Not to eat meat is to set oneself apart somehow, to make a fuss, if not a show of yourself – all of which are taken to be signs of fancy-pants narcissism, and therefore strongly discouraged in Ireland.

In the 50 years of our most enormous social change meat eating has gone from being a sign of unusual prosperity to being a signifier of the common people; and, without getting all Jarvis Cocker about it, that’s probably a good thing. Meat is respectable.

The problem is that, as with alcohol, abstaining from it following an Irish convention, even for a couple of days out of the seven, is a pretty thankless task. Refusing alcohol in Ireland brings out an aggressive line of questioning which is amazing to witness even for those of us who still drink alcohol. Abstaining from meat is not encouraged, at any level: attractive alternatives are not provided. Meat is simply the norm.

Now we’re learning that the international meat trade is run on clandestine lines which are reminiscent of the tax arrangements of some of our more exotic politicians and bankers. Who would have thought our meat could be made that dirty?

It is a long way from the delicious, high-quality meat that this country produces. But of course that stuff is all exported to people who value it enough to pay for it.