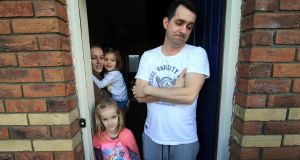 Dublin is the “third hottest office and retail play” in the global property market right now, according to one of the world’s biggest real estate investment companies.

There was a time when this would have been seen as untrammelled good news. And in a way it is good news. It means the economy is growing.

But in a much more fundamental way, it is very bad news indeed.

What it means is that Hines – the company in question – has identified that there is a very big mismatch between the supply of property in Ireland and the number of would-be buyers.

To be more accurate: Hines identified the mismatch quite some time ago and moved in to buy assets in Ireland from Nama and the banks.

These include the massive Cherrywood site in south Dublin where they plan a “new town”. They have also bought a chunk of Liffey Valley shopping centre.

They have presumably now decided to let the rest of the world in on their little secret because they want to start off-loading some of their investments and taking their profit.

It’s what they do and they are very good at it. They manage €87 billion worth of property in this clear-eyed, unsentimental fashion.

A subsidiary of Goldman Sachs called Beltany Property Finance bought the loans associated with the development from Ulster Bank. They took a chance on the property market recovering, it has and now they are going to collect. It is a taste of things to come as all the other investment funds that have being buying properties off Nama since its inception in 2009 look to make a return. Expect more tenancies to be terminated.

How do these bankers sleep at night? Like babies is the simple answer. By the laws of late-stage capitalism, they are the good guys.

They have been entrusted with other peoples hard-earned savings and have managed to invest them wisely and make a profit.

In the process, they are the agents of capitalism’s creative destruction. Rehousing the people who are evicted is not their problem. It is some other risk-taker’s chance to make money.

You could spend a happy hour or two picking apart this argument in all its sociopathic glory, but it still remains the overarching economic credo of our time.

That said, there is of course no reason why any society, country or government has to play along with it.

Just as there is no reason why we could not have “burned the bondholders” if we had been prepared to live with the consequences.

If the Tyrrelstown story kicks off as it looks like it might, we can expect this argument to play out over the next few days and weeks.

Why can’t the government – if we had one – bring in some sort of law or put in place some sort of regulation to make this sort of thing impossible, people will ask.

The various arguments for not burning the bondholders will be dusted off, retuned and trotted out.

The consequences of telling investment funds they can’t evict people will evoke arguments ranging from the old reliable of “capital flight” to the more mundane “undermining the rule of law”.

If things get really hairy the big gun – foreign direct investment – will have to be brought out.

Facebook and its like will think twice before investing in Ireland if property rights are not respected . . . blah blah blah.

Perhaps Facebook would like to see the a country acting in a determined way to take control of the housing market.

After all, the prohibitive cost of housing is having a negative affect on our FDI proposition.

But what is clear is that nobody who just got a seat in the election wants to be the Irish version of Greece’s Alexis Tsipras and Syriza, who stood up to the forces of international capital and got whacked.

They also know the biggest losers in the recent election were the Labour Party and Fine Gael, who were going to burn the bondholders and didn’t.