John Horgan: How Facebook and Google are killing independent journalism 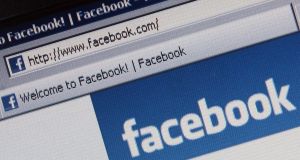 The news that two of the UK’s key media brands – the Financial Times and the Mail – are taking urgent steps to combat a 15per cent decline in advertising this year underlines the seriousness of the dark comments on the future of print media by Guardian media commentator Roy Greenslade at the recent launch of the Report of the Press Council and the Press Ombudsman for 2015.

His analysis was based in part on a challenging paper by Justin Schlosberg of the University of London, who asked: how do you regulate concentrations of media power in a post-digital age?

The problems Schlosberg raises are real and urgent. They include the fact that the number of media voices is shrinking, that new forms of gate-keeping and monopoly power wielded by digital intermediaries such as Google and Facebook are emerging, and that the economic model of our older media is being hollowed out by the attenuation or migration to online of their advertising and circulation bases. One of Schlosberg’s core proposals to encourage transparency and plurality in media markets, and to enhance both local journalism and long-form journalism, is to establish a nominal levy on the revenues of large-scale news intermediaries in online search and social networking, including Google and Facebook, and to administer it in support of journalism by an independent media plurality board or trust.

Ironically, it is exactly 20 years since an earlier version of this problem was raised at the Commission on the Newspaper Industry, set up by the government in the wake of the collapse of the Irish Press group.

That proposal was comprehensively rubbished, particularly by the management representatives of all the newspaper groups on that commission (including this one). As a proposal, it is now plainly out of date in our digital era, but there are other options.

As Greenslade pointed out, what is fundamentally at stake here is not the continued existence of any particular newspaper or broadcasting station, but the future of independent journalism itself as a politically and socially essential public service in democratic societies. In the past, everyone involved in the media industry knew that the traditional media, whether print or broadcast, did not only sell news to consumers: they also sold consumers to advertisers.

What organisations like Google and Facebook have done is to take this concept and turbocharge it. The service they offer consumers is temptingly and ostensibly free; but it is actually based on a Faustian pact in which consumers pay, and pay dearly, by contractually and legally surrendering to the platforms in return (when they tick “agree”) huge amount of detail about themselves on a continuing basis. The information gathered in this way is more than any independent newspaper or broadcasting station could hope to acquire about its readers, listeners or viewers in a millennium. This data is then scraped technologically, without infringing data protection laws, but in ways which enable the platforms to attract advertisers by facilitating their desire to target consumers with a hitherto unimaginable precision.

A good case can be made that the aggregators concerned should be legally obliged, at the very least, to share this information with the media outlets who are the victims of their commercial parasitism, and without whom they simply could not access this information. This is not just “rip and read”, as the newspapers used to complain: it is wholesale piracy.

These contracts, insofar as they actually diminish media diversity and add to lack of transparency, enhance the largely unaccountable power of the modern media behemoths. They will have to be subject to some sort of regulation, their advertising yield will have to be made subject to specific taxation to cross-subsidise other media, or they will have to be broken up under anti-trust legislation (remember that Facebook, with over two billion subscribers, has more industrial and political power than most members of the UN) if the public interest is to be protected.

The powerful will be happy with this. The rest of us ought not to be. John Horgan is emeritus professor of journalism at Dublin City University