The alliance of Independent TDs supporting the Government may not be a formal party, but the way they are behaving has echoes of how smaller coalition parties end up getting absolutely crushed in subsequent elections.

We saw it with Labour in 2016 and with the Green Party in 2011. Is it unfair that smaller coalition elements get obliterated as a consequence of public dissatisfaction with government? Probably, but we hold those who run for election on a specific set of principles to a higher standard than the same old party politicians.

When you run on principles, the people who vote for you do not expect those principles to evaporate as soon as you pass the plinth of Leinster House. On issues of social justice, equality, and human rights, it can often feel like outside the corridors of power, those fighting for rights are pushing boulders up hills. We elect people we hope will stand at the top of those hills and extend a hand.

Electing Independents is a statement in itself. With no party line to hide behind or default to, we hope that they will stand by the principles they espouse. The Independent Alliance’s website, for example, proclaims “Providing Independent Voices in the Dáil for the people of Ireland. ” But are they doing that?

This week, Minister for Children Katherine Zappone and her fellow Government Independents opposed AAA-PBP TD Ruth Coppinger’s motion calling for a repeal of the Eighth Amendment. As a result it looks like we are stuck with The Citizens’ Assembly – the process Enda Kenny established so that he could kick the abortion referendum issue into touch.

Coming in for the most criticism is Zappone, who ran on a feminist ticket, and who has effected great change on issues of equality across LGBT rights and education. 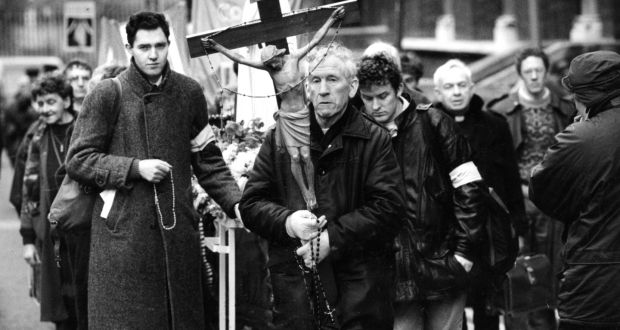 Reasonable people are sympathetic to the realities of being in government. Given that she is a supporter of repealing the Eighth Amendment, I would imagine that in a Fine Gael government, Zappone is operating in a hostile environment rarely in tune to the necessities of women’s rights.

One has to weigh up the practicalities of the situation; with the Citizens’ Assembly already happening perhaps Zappone and other pro-choice Independents wonder what more they could achieve on this issue in opposition.

That might be a political reality, but outside the gates of Leinster House, the ever-expanding Repeal The 8th movement will not be sated with what are being construed as delaying tactics. If this Government lasts, it now appears that there will be no referendum on abortion until 2018. That’s just not going to wash with a growing activist and protest movement. We have waited long enough.

But if this is not a matter of principle then what is? Maybe politicians can wait, but the thousands of women who will be forced to travel to Britain for abortions by the time a referendum comes around cannot.

The vast majority of work and attention raising around repealing the Eighth is being done by opposition politicians. For once, that work doesn’t seem to be opportunistic. It is being done by those who have a record of fighting for women’s rights.

Opposition politicians may not have to deal with political realities, but nevertheless Coppinger specifically called on Zappone, Shane Ross, John Halligan and Finian McGrath to stick by their pro-choice beliefs.

In Leinster House, “the realities of being in government” reign. Yet Zappone railed against tactics of pragmatism and incrementalism when she and her wife Ann Louise Gilligan took the court case that lit the fuse on the marriage equality movement here.

Before the marriage referendum was called, plenty of politicians said Ireland “wasn’t ready”, but the people outside Leinster House knew the country was.

Perhaps the Independent TDs in Government need to weigh up two realities: one of being in Government; and the reality for women living under our abortion laws and decide which is more pressing.

Michael McDowell: True extent of new powers sought by gardaí a cause for concern

The Irish Times view on the Ipsos/MRBI opinion poll: the vaccine bounce

The increase in support for Sinn Féin is spread fairly evenly across the country, with Dublin being its strongest region

The Irish Times view on children in the pandemic: assessing the damage

Covid-19 has made children’s lives worse, and a great many of them were already experiencing real hardship

Covid and nursing homes
NWCI and freedom of speech
Climate Action Bill and climate justice
Varadkar and unification
Anti-Semitism
‘Mica scandal – a national reckoning’
Westport – the best place to live?
Stumbling bloc
Choosing not to have children
Getting from A to B

2 ‘I expected everyone in Ireland to be drunk and Dublin to be dangerous, but I’m a big fan now’

3 Price of coastal homes ‘soars in wake of pandemic’

4 ‘Your baby’s heart has stopped’: Hell and healing after the stillbirth of my son