I love Bloomsday for all its profoundly cynical philistinism

Unlike most national festivals, from Bastille Day to Thanksgiving, it does not commemorate death and destruction 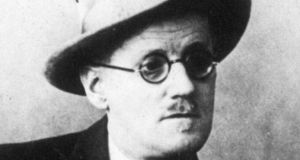 There was no doubt in my mind that the people who were frolicking around Sandycove in straw boaters and blazers were the very same kind of people who drove the young Joyce out of Dublin, and would have been quick to condemn him if he returned.

For a long time, I hated Bloomsday. Not because of any hostility to James Joyce – on the contrary, I have always considered myself to be a bit of a Joycean. Since my teenage years I have read Ulysses every year or two. Or perhaps not read so much as absorbed, devoured. Visitors to my house in Amsterdam were often bemused to find loose pages and sections from Ulysses scattered everywhere, in the bathroom, under the bed, in the kitchen cabinets.

This was my paperback Penguin edition, which I had literally read to pieces, and then stored at places convenient for reading a few pages at a time. In this way, the book became part of the texture of the house, and of my life. And I have to admit that I did occasionally celebrate Bloomsday, quietly, by eating mutton kidney for breakfast.

The nadir was reached when a notoriously uncultured minister for culture, who had certainly never read a page of Ulysses in his life, was pictured on Bloomsday in a bowler hat, hamming it up for the camera.

So what changed my mind? An American songwriter was once asked which came first – the music or the lyrics. To which he replied: the telephone call. And so, in 2004, the Bloomsday centenary, I was commissioned to write a one-woman musical show for my wife, the singer Judith Mok, based on the character of Molly Bloom. I swallowed my Bloomsday scruples and took the money. We soon ran into a huge problem: the novel was still in copyright and the estate had placed stringent restrictions on material. So I decided to write this little one-woman opera without using the original text at all. Thus the title: Molly Says No!

Molly Says No! was a great success, and has been successfully performed all over the world, from New York’s Lincoln Centre to New Delhi, not to mention at many Joycean events in the Hibernian metropolis itself. But even this didn’t fully reconcile me to Bloomsday.

As I watched the crowd, including many Irish writers, artists and academics living and working in Paris, and saw the elegantly costumed ladies surreptitiously smoking and chatting on the balconies overlooking the avenue, something occurred to me.

For the Irish abroad, Bloomsday has become something of a national festival, and an expression of national identity. But Bloomsday, unlike most national festivals, from Bastille Day to Thanksgiving, does not commemorate death, war, conquest and destruction, but rather the opposite – it is a celebration of creativity and the imagination.

As I looked round the room, which contained a fair cross-section of the Parisian cultural world, I knew some of those people had been friends and colleagues of the murdered Charlie Hebdo staff. Also in the room that day was one of Ireland’s most talented photographers, Dragana Jurisic. A few months later, she would, traumatically, be locked into a cafe in the 11th arrondissement on the horrific night of November 13th. But this June 16th we will be celebrating Bloomsday again wholeheartedly in what is still the City of Light.

Beleaguered by the same

Michael O’Loughlin is a poet

1 Fianna Fáil may have just pressed the pause button on the property market
2 Eating out in Dublin – the homeless way
3 Irish Times poll: Large majority want change of government
4 ‘In Ireland I’ve found another form of persecution’
5 Which jobs do teenage girls and boys aspire to have by age 30?
Real news has value SUBSCRIBE