How schools’ baptism barrier can be removed without breaching Constitution

‘Imagine the uproar if school admissions laws placed Christian families at a disadvantage for baptising their children?’ 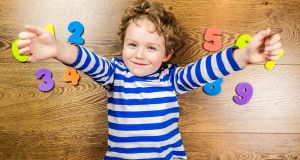 ‘Equate . . . is working to make sure that no child is discriminated against because of their religion.’ Photograph: Getty Images

Recently, the Taoiseach was asked in the Dáil if the State would remove the so-called “baptism barrier” that legally permits schools under the patronage of a religious denomination to refuse to admit children from different faiths or none. He answered that any such move would cause very significant constitutional difficulties and that building new multi-denominational schools would be “an easy way” to address the issue instead. But it will be years before enough are built to make a real impact, and contrary to his statement, there is a much easier way to address the problem in the meantime.

The issue arises because around 95 per cent of our primary schools are faith schools, with 90 per cent under the patronage of the Catholic Church. These schools are legally entitled to refuse to admit children from different faiths or none.

The baptism barrier has a twofold effect. In areas where schools are oversubscribed, non-Catholic children may be unable to access a school in their local area (since 90 per cent of schools are Catholic and demand for multi-denominational alternatives far outstrips supply). More insidiously, there is extensive evidence that many families who would otherwise not baptise their children do so for the sole purpose of securing access to their local school. Law and policy combine to influence and burden their religious choices for their children. Imagine the uproar if school admissions laws placed Christian families at a disadvantage for baptising their children?

The UN Committee on the Rights of the Child recently found that Ireland’s international human rights obligations require the Government to take concrete actions to end the religious discrimination in school admissions, including amending the Equal Status Act. When pressed for a response, the Government cites the Constitution as a barrier to much-needed reform.

Working with my colleagues Dr Eoin Daly and Dr David Kenny (constitutional specialists at NUI Galway and Trinity College Dublin respectively), we this week published our opinion on the constitutionally of reforming section 7 of the Equal Status Act 2000 such that publicly funded schools would no longer be permitted to discriminate on grounds of religion in pupil admissions.

Amending the Equal Status Act as suggested would move to a situation where all families have their rights protected rather than some families and religious institutions having extremely strong and privileged protection for their rights while other have very little. The amendment we propose clearly passes the tests in case law for assessing the constitutionality of legislation aimed at balancing competing constitutional rights.

This is not a situation where the Constitution ties the hands of Government. A choice is available, and the only question is whether the political will favours change or the status quo.

A recent poll by Behaviour and Attitudes found that 84 per cent of respondents believed the school system needs to be reformed so that no child is discriminated against because of their religion, while 46 per cent would not choose Christian schools if given a choice locally. One in five said that they knew someone who had had their child baptised for the sole reason of securing admission to a school.

Equate, on whose advisory board I sit, is working to make sure that no child is discriminated against because of their religion and that the diversity of our society is celebrated and respected in our schools. In addition to providing more multi-denominational schools, any reform of school admissions law needs to remove religious discrimination and we hope that Minister for Education Richard Bruton and Minister for Justice Frances Fitzgerald are brave enough to start this process.

The people of Ireland do not want this discriminatory admission system any more. Our research shows that 77 per cent of people nationwide believe a publicly funded school should not be entitled to refuse admission to a child who has a different religion to that of the school’s patron.

Together we can work to ensure that our education system is made fit for purpose in the 21st century, reflecting the diversity of our families, our communities and our society.

Dr Conor O’Mahony is senior lecturer in constitutional law at University College Cork, and member of the advisory board to EQUATE, a children’s rights organisation advocating for substantial change in how primary and secondary school education is delivered in Ireland