Fintan O’Toole: We need to talk to our boys about male honour

Decency shouldn’t have to be defined as manly. Belfast rape trial shows what can happen if it isn’t 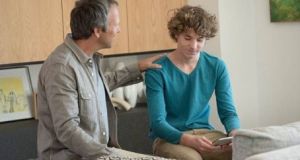 As soon as hair began to appear on my upper lip, signalling the start of the rough passage from boyhood to manhood, my father took me aside. There are two things you have to know if you want to be a man, he said.

Never, ever, raise your hand to a woman. And never put your hand on a woman unless she’s told you she wants it there.

I understood from his concern about my stage of life that these were not only rules of decency or morality. They were rules of manliness. It was not just that if you broke them, you would be a bad person. It was also that you would not be a proper man. What was at stake was not just a general sense of right and wrong. It was a very specific code of male honour.

That code is problematic, even ridiculous. Don’t women have honour too? The idea of unmanliness was easily turned against boys who were gay. And male honour has often fed violence. Sisters are murdered because they have “dishonoured” the family. Enemies are slaughtered because they have supposedly insulted the honour of the nation.

So we have largely done away with male honour. We have come to think, quite reasonably, that decency and morality should be enough, that a man should know that treating a woman as an object to be possessed and dominated and used is simply and obviously wrong. It is wrong because of what it does to the woman. It violates her dignity. Why should we need an idea of male honour that turns this basic morality around and says that it is wrong also because of what it does to the man, because it violates his own sense of manliness? We shouldn’t – but perhaps we do.

Two things in recent weeks have forced me to think again about male honour. One, of course, was the Belfast rape trial and those awful text messages between the young men. They were not, as the jury decided, rapists. They had broken no laws and used no violence. What they were, however, is shameless. It is not just that they had no sense of male honour in the way they wrote about the young woman. It is that the exact opposite applied, that they felt honoured in each other’s eyes by crude and terrible boasting about the way she had been used. What should have been shameful was a source of great pride.

The other event was the death and burial of Arnaud Beltrame. The gendarme officer approached Radouane Lakdim who had already killed three people in the small French town of Trèbes.

Lakdim was holding hostage a woman (identified only as Julie) who worked on the checkouts in the supermarket he had attacked. Beltrame, knowing that Lakdim was almost certainly going to kill again, offered to replace Julie.

Three hours later Lakdim stabbed him several times and Beltrame died shortly afterwards. Beltrame’s sacrifice was wrapped up in many things – professional duty, a sense of Frenchness, service to the republic.

We need them to know that if they are heterosexual, their happiness will depend on their ability to make a woman feel loved and respected

But it would be foolish to deny that it embodies a very old-fashioned sense of male honour, a notion of honour that, contrary to Falstaff, is more than words and air. It also contains courage and self-sacrifice and protectiveness. And those qualities are not so common that we can afford not to be moved by Beltrame’s act, not to find in it a profound expression of human dignity.

But this version of manliness is a myth, a story, a construct. Women show courage and self-sacrifice and protectiveness too. Why do we need to encode these qualities as male in order to convince our boys to embrace them? Maybe – and this is the depressing message of the Belfast trial – because if we don’t another version of male honour takes their place: top shaggers, spit-roasters, legends. Maybe because if you take away pride in being a proper man you also take away pride in being a decent human being.

What I wish I knew is whether those codes of honour can be activated without falling back on old myths of masculinity, whether we can invoke for our boys the good parts of “manning up” without the ridiculous and dangerous ones. All I can suggest in this dark moment is that we have to try.

1 Coronavirus and pubs: Minutes reveal NPHET’s fears over 'disinhibiting effect'
2 Green list, traffic light, refunds, quarantine: Where do we stand with travel now?
3 The wealth of the Irish – how do your assets match up?
4 A piece of heaven on 300-acre Tipperary estate for €8.5m
5 Final redesign of Dublin’s bus network to see services rise 23%
Real news has value SUBSCRIBE