Sexual offences: a system in need of change 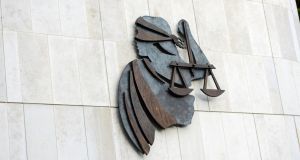 By insisting that rape and sexual assault be dealt with in much the same way as a car robbery, the criminal justice system fails to recognise the singular sensitivities involved in cases such as these. Photograph: Frank Miller

A criminal justice system that deters victims from reporting crime is failing at the most fundamental level. Yet the rape trial that concluded in Belfast yesterday with not guilty verdicts for all four defendants, has underlined the wider structural flaws that contribute to such a low rate of reporting of sexual offences.

Some features of the Belfast trial were peculiar to the legal regime north of the Border. In the Republic, the public would not have been allowed in court. Nor would the defendants have been identified – Irish law has a long-established practice, designed to protect anonymity, of requiring that those accused of rape cannot be named before conviction; and then only if doing so will not identify the victim or, alternatively, with the victim’s assent. Those jurisdictional differences notwithstanding, by insisting that rape and sexual assault be dealt with in much the same way as a car robbery, both systems fail to recognise the singular sensitivities involved in cases such as these.

Any trial process must vindicate the rights of complainant and accused. But it’s difficult to see whose interests are served by forcing the parties through a traumatic adversarial courtroom process where their sexual histories, clothing choices and general behaviour are all treated as fair game. A 2009 study by Senator Ivana Bacik for the Dublin Rape Crisis Centre, looking at 40 rape cases in the Central Criminal Court between 2003 and 2009, showed the high frequency with which judges granted defence applications to introduce evidence about complainants’ sexual history – often on the basis of a defence lawyer’s claim that a complainant was promiscuous.

The problems do not begin or end with the trial itself. Other countries have adapted their investigative methods to reduce the risk of further traumatising victims or dragging out the pre-trial stage unnecessarily. Delays in gathering evidence, having it examined by the Director of Public Prosecutions and getting a date for hearing all worsen the ordeal. After a trial, sentencing can be inconsistent and opaque. The availability of statistics on patterns is patchy at best.

Sexual violence is widespread in Ireland. The last comprehensive study on the subject, the 2002 Sexual Abuse and Violence in Ireland report, found that 42 per cent of women had experienced some form of sexual abuse. Yet only 10 per cent of sexual offences were reported, it found. In 2009 – the last year for which we have figures – the conviction rate in rape cases in the Republic was 8 per cent. Together, these figures suggests a systemic problem – one that can only be fixed by a sweeping review of how the criminal justice system deals with sexual offences. Otherwise, rape will continue to occupy the same ambiguous territory to which many of our darkest scandals were consigned: hidden, but hidden in plain sight.

1 Paraic O’Donnell: MS is meticulously destroying me. I am being unmade
2 Rape victim verbally abused in courtroom after two men are jailed
3 Dancing with the Stars has hit Father Ted levels of farce
4 New IRA planning bomb attack on Sinn Féin member claims Michelle O’Neill
5 Former UUP leader: Unionism must realise it is no longer a majority in Northern Ireland
Real news has value SUBSCRIBE