Eamonn McCann: Use of cannabis for medicinal purposes should be legal

Over recent months, there has been a series of reports from around the world of sufferers from serious illnesses benefitting from cannabis oil. 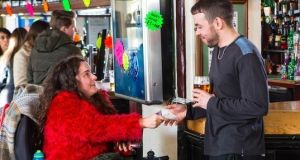 The spoiler stories in the tabloids tell that Izzy Armstrong will be arrested any day now for possession of cannabis.

As ever with soaps when it comes to current controversial issues, Coronation Street producers will be careful to avoid allegations of pushing a sensational line to boost viewing figures. This will be a tentative, ultra-responsible presentation.

Izzy has been in constant pain since being knocked out of her wheelchair at Underworld by a trafficked Polish teenager fleeing the scene after being discovered living in a hidey-hole behind the sewing machines. The medicine prescribed by the local GP clinic has done little to alleviate Izzy’s agony. So when worldly-wise Erica offers to buy cannabis for her, she immediately, nervously, agrees.

The storyline is more likely to be taken seriously for the fact that Izzy is played by the brilliant Cherylee Houston, in a wheelchair herself suffering from a connective tissue disorder, Ehlers-Danlos syndrome. She is a doughty campaigner for the rights of people with disabilities.

She says she wouldn’t have agreed to take the central role in the story if she hadn’t been convinced of its usefulness. Many of the programme’s millions of viewers in Britain and Ireland might pause for thought about cannabis as a result of watching the immensely popular Izzy/Cherylee swallowing the substance for unobjectionable reasons.

It will be a little more difficult to think of cannabis as an inherently dangerous substance likely to lead on to harder drugs. There is no evidence of any kind for this common allegation. It is, however, the usual reason given by politicians for refusing to agree to make the drug available for medicinal purposes: the move would “send out the wrong message” by softening the image of cannabis generally.

This is probably true. Whether the message is wrong on that account is a different matter.

Over recent months, there has been a series of reports from around the world of sufferers from serious illnesses benefiting from cannabis oil. Gwenevere Repetski, from Ontario, turned three last June. She had suffered from birth from epileptic seizures on a virtually continuous basis. She was unable to turn over in bed.

A number of prescribed drugs having failed to make a difference, her father, Alex, drove from Canada to Colorado, one of 23 states which allow access to cannabis-based products. One of these is “Charlotte’s Web” named after a five-year-old wheelchair-bound girl afflicted by an extreme form of incurable epilepsy, experiencing 50 seizures a day and being fed through a tube, who made startling progress when her medicine was switched from steroids to cannabis oil.

She now suffers a seizure once every two or three weeks.

This is an anecdote rather than evidence. But there are a lot of anecdotes around.

The parents of a two-year-old girl in the Derry area suffering virtually continuous seizures say they were permanently exhausted from lack of sleep and deeply depressed, until an acquaintance suggested cannabis oil. Their first reaction was horror.

But a consignment from a US-based website – the usual way Irish people obtain the oil – transformed her and her parents’ lives. They refer to the effect as “miraculous”.

Researchers caution against glib conclusions. Not every medicinal use of the substance is a success. There has been no large-scale study using control groups. A placebo effect may be in play (although it’s difficult to see how the placebo effect could work on infants.) And, obviously, it’s not yet clear whether the improvements reported will prove permanent.

Last November, “drugs Minister” Aodhán Ó Ríordáin announced an intention to significantly liberalise drug laws in the Republic. Of course, there can be no move until after next week’s election.

This makes the intentions of the parties likely to form a government crucial. It would be fanciful to suggest that decisions on whom to prefer should turn on the issue. But it is an important issue - extremely important to a particular constituency – and might reasonably be taken into account.

1 Bank leaked my loan request to family who tried to rip me off
2 A cardiac problem that could strike at any time
3 Why Sinn Féin will not call the State by its name
4 McDonald rejects idea SF public meetings ‘an affront to democracy’
5 Costa living: ‘Move home to Ireland? I’d hate it’
Real news has value SUBSCRIBE