Eamonn McCann: Supreme court to rule on states’ thwarting of US abortion rights

In four states, North Dakota, South Dakota, Mississippi and Missouri, there is only one provider left 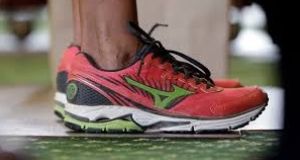 Pink sneakers: Fort Worth state senator Wendy Davis tried to talk out the bill restricitng abortion in Texas. She filibustered on her feet for 11 hours and 15 minutes, wearing pink sneakers which became a symbol of women’s struggle.

Oral argument on the issue began before the Supreme Court in Washington yesterday in what many regard as the most important case to do with reproductive rights since Roe v Wade in 1973. The question now is whether some states’ regulation of clinics places an “undue burden” on women trying to avail of the right conferred by the court 43 years ago.

Whole Woman’s Health v Hellerstedt arises from a 2013 Texas law laying down that a clinic offering abortion must be built to the same specifications as a hospital surgical unit. The corridors must be at least eight feet wide, to enable two trolleys to pass. The state’s remaining abortion providers say that they have never encountered a situation in which the width of a corridor was thought relevant to their work.

Ninety per cent of US legal abortions take place at an early stage of pregnancy, when no surgery is needed. Nevertheless, to the gleeful applause of cock-a-hoop “pro-lifers”, a number of clinics have been closed for failing the Texan two-trolley test.

The American Medical Association and the American College of Obstetricians and Gynaecologists commented in December 2013: “There is simply no medical basis to impose a local admissions privilege on abortion providers.” But “pro-lifers”, as we know, put little store on the opinions of general practitioners, obstetricians, gynaecologists and the like.

Other Texas regulations explicitly require doctors to tell women who ask for abortions that the procedure carries a high risk of bleeding, infection, organ damage and breast cancer. None of this is true.

John Oliver’s Last Week Tonight on HBO last month had film of a doctor advising a woman seeking an abortion of the risks of bleeding, etc. Then he paused: “The state requires me to tell you this . . . but it cannot stop me giving you my best medical opinion” – that there’s exactly the same risk as from carrying the pregnancy to full term. In relation to breast cancer, the doctor said, “not a shred of scientific evidence” exists to suggest increased risk from abortion.

“Pro-life” campaigners have managed to impose a legal requirement on doctors to lie to their patients. In Ireland, too, the breast cancer claim is among the “pro-life” propagandists’ top canards.

More than half of Texas’s 42 abortion clinics have been closed by these measures. In North Carolina, a woman seeking a termination must view an ultrasound of her foetus and listen to its heartbeat before proceeding. Some clinics allow the woman to close her eyes and put her hands over her ears for the duration.

In Alabama, a clinic owner spent $1 million to meet state regulations only to be told that a new regulation banned provision of abortions within 2,000 feet of a school – a stipulation usually associated with sex offenders.

In four states – North Dakota, South Dakota, Mississippi and Missouri – there is only one abortion provider left.

The Texas law first made headlines in 2013 when Fort Worth state senator Wendy Davis tried to talk the Bill out, filibustered on her feet for 11 hours and 15 minutes, wearing pink runners. Hence pink runners as symbols of women’s struggle.

The Whole Woman’s Health case may have momentous consequences. US “pro-lifers” may live to regret what they did when they compounded the trauma of a distraught mother and her 13-year-old child.

1 Lithuanian man given until midnight on Saturday to leave Ireland
2 Steve Coogan: ‘Come Out, Ye Black and Tans is two fingers to the British’
3 Anti-Irish bigotry in Britain has not gone away
4 Ryanair’s Michael O’Leary under fire for comments on Muslim men
5 Coronavirus in Europe: Two dead in Italy as fears grow that attempts to contain illness are failing
Real news has value SUBSCRIBE