Irish media have been slow to engage with data-driven projects. But that is changing 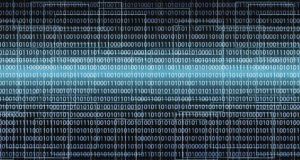 On Tuesday this week, the lead story in both the print and online versions of The Irish Times reported new information on the ethnic background of schoolchildren in Ireland. The story itself was fascinating enough, revealing in precise detail how the primary schoolchildren of non-Irish-born parents are disproportionately located in certain areas of the country, and are particularly intensely concentrated in a very small number of schools. What gave it even more impact was the online presentation, with its interactive map allowing users to zoom in and find the relevant statistics, not just for every region but for every school in the country. The story illustrated how access to such detailed data, when presented in a clear and easily comprehensible way, can inform readers on a personal level as well as a general one on issues of major social concern. It also showed how digital platforms can give users an entirely different and possibly much better way of accessing information relevant to them.

These days, we’re continually told that everything comes down to data. Data privacy is a hotly contested civil rights issue. Businesses increasingly rely on data to drive their strategies. The complexities of social interactions, consumer choices, personal beliefs and even your own physical movements and whereabouts are tracked, recorded and stored somewhere. Meanwhile, governments and state agencies accumulate vast amounts of information on their own activities. While many understandably see all this as a potential Orwellian nightmare, others point to the positive effect of making some of this information available to citizens so they can make more informed decisions about their lives.

What is data journalism? British journalist/blogger Paul Bradshaw describes it as “the new possibilities that open up when you combine the traditional ‘nose for news’ and ability to tell a compelling story, with the sheer scale and range of digital information now available”.

He cites examples of how complex stories of this sort can be told through infographics, as in Hans Rosling’s work on visualising world poverty with Gapminder, and points to innovative work at the Financial Times and the Guardian.

Data journalism, though, has been slow in coming to Ireland. Or, at least, Irish newspapers and broadcasters have been slow to embrace it. A couple of trailblazers – investigative journalist Gavin Sheridan in Dublin and the not-for-profit website The Detail in Belfast – have been using data as part of their work for some years, but others have been slow to follow.

We’re only now starting to see initiatives such as the recently launched Irish Times Data project.

Why the delay? An innate conservatism in Irish media is at least partly to blame. There’s also the issue of whether journalists themselves, most of whom come from a humanities rather than a science or maths background, have the technical skills or the required level of numeracy to approach these subjects with confidence.

Working with data poses fresh challenges for journalists in the way they go about their work. It often involves partnering with other organisations and disciplines to achieve the best results. And it requires a more long-term view than the goldfish memory of traditional print and broadcast cycles has generally allowed.

Data projects are often open-ended; the information they contain can be useful for months or years, and they can be updated on an ongoing basis – sometimes indefinitely.

That implies a different understanding of what “news” means in the 21st century. The simple fact, though, is that, increasingly, if you want to know what’s going on and why, the truth lies in the data.

1 Three relatives dead after apparent murder-suicide in Kanturk, Co Cork
2 Don McLean: ‘My ex-wife is the worst person I ever knew’
3 Gardaí say 52 people who went missing in 2020 not yet found
4 Woman stranded in Ireland due to pandemic has ‘miracle baby’
5 Almost 20% of staff at Dublin hospital have antibody evidence of Covid-19 infection
Real news has value SUBSCRIBE