2017 law is legally perverse, framing those selling sex as victims and criminals 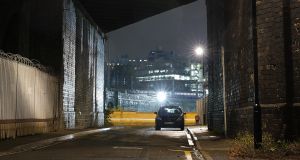 More sex workers than clients have been prosecuted since the new law of 2017 was introduced. Photograph: Christopher Furlong/Getty 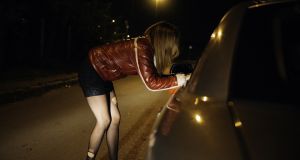 Sex purchase bans produce perverse outcomes including punishing the seller of sex – especially if they are a migrant or marginalised woman. Photograph: iStock

The jailing in June of two sex workers, both Romanian nationals, one of whom was pregnant, has shed light on the dubious and problematic politics of Ireland’s recent criminalisation of those who purchase sex.

Introduced in 2017, the law was inextricably wedded to a view that sex work is necessarily a form of violence against women. Debates energising the campaign to support the law’s introduction presented the person selling sex – always cast as a woman – as a victim, helpless, voiceless, in need of rescue. She was, moreover, frequently cast as a poor, migrant woman, a victim of trafficking. She was, in other words, a truly abject person. The law’s logic built from this foundation to argue that criminalising the client – believed to be almost exclusively men – would end such egregious violence against women.

The Government and many parliamentarians on the Opposition benches bought into this construct, with its binaries of good and evil, and supported the 2017 legislation. Given that the law only saw women as victims, how can we explain the apparently at-odds court decision to now imprison two women?

We could consider the sentencing as a regrettable illustration of the gap between the law in ideal and the law in practice. However, not only did the Oireachtas not throw out the crime of “brothel keeping” so that wherever two or more sex workers operate together from a premises they are breaking the law, but the penalties for so doing were doubled and included the possibility of a prison sentence.

In other words, the 2017 law consciously framed women selling sex as both victims and potentially criminals. The court’s judgment is less an insult to the spirit of the legislation, than manifesting its desire.

A second way of thinking about this apparent perversity has to do with the impossibility of a sex purchase ban to ever serve the purposes of coming down hard on clients and simultaneously protect sex workers. A recent research project carried out in NUI Galway underlines the profound difficulty with this approach, echoing the experience of other countries with similar laws. Sex purchase bans inevitably produce perverse and contrary outcomes, including the outcome that it claims to avoid most of all: punishing the seller of sex especially if a migrant or marginalised woman.

Interviews with a small number of women currently selling sex in Ireland – and who were in a position to reflect on “before and after” the new law – reveal a worsening situation here in terms of safety. From their lived experience, the new law has required them to be more secretive and thus has increased risk, made them less likely to seek help from gardaí and other authorities and has increased stigma rendering them more vulnerable to violence.

In their view, the 2017 law has given the client even more transactional power over them.

Clients attempt to protect themselves from possible prosecution and they take risks that otherwise might not be taken.

Perhaps some starker statistics tell us this story in a different register. More sex workers than clients have been prosecuted since the new law was introduced, although there have been relatively few prosecutions.

The lived reality revealed in the research throws up a third way of thinking about our new law. Norwegian sociologist May-Len Skilbrei has argued that criminalisation in the Nordic countries has meant that women will be punished, either as “collateral damage” or in more politicised ways. The latter is slowly becoming evident in relation to migrant women selling sex. They are now viewed as violators of migration law and not as victims of sexual crime.

Thus while the law’s rhetoric embraces feminism’s regard for vulnerable women and gender equality, its logic becomes punishment of some women, most especially migrant women. Hence a state securitisation agenda to repulse “undesirable” migrants is disguised by a commodious rationale, the progressive-sounding sex purchase ban.

The conjoining of intimacy and commerce constitutes an ethical issue for society. The presence of the female sex worker violates deep and powerful taboos about women and their bodies. However, intimacy and commerce coexist in complex and mundane ways and while trafficking and abjection exist in the sex trade, there are women who choose, for whatever reason and in whatever constrained circumstances, to sell or trade access to their bodies and cross many borders to do so.

Many of us who opposed the 2017 law argued that it unwisely began from a place more infused with ideology than lived reality or social justice. It hasn’t taken long for the ideological fervour that carried the campaign to crumble, the recent court judgment being a case in point.

We now have an unwise law in place. It is unlikely to be revisited for a considerable time. But perhaps we can now, in its wake, accept that the world of those who sell sex is complex and that, regardless of law, people will continue to buy and sell sex suggesting harm minimisation as a more viable policy goal. One pattern is crystal-clear from history – where there is abolitionism, there is punishment of those who sell sex. That is: women.

Dr Eilís Ward is lecturer in the school of political science and sociology, NUIG. Aoife Kirk is a postgraduate student in the Heuston School of Film and Digital Media

1 Steve Coogan: ‘Come Out, Ye Black and Tans is two fingers to the British’
2 Anti-Irish bigotry in Britain has not gone away
3 Parties to continue talks with Sinn Féin despite Drew Harris’s IRA comments
4 The view from Clondalkin: If Sinn Féin don’t get in, ‘there will be marches’
5 Paul Flynn: How to cook the perfect chowder – don’t use flour and keep it simple
Real news has value SUBSCRIBE