In no-low-fares, no-internet 1990, being on scheme was just like ‘stepping into the world’ 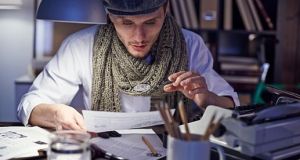 Stock image of a young reporter at work. “Back in no-low-fares, no-internet 1990, being on the Paris-based Journalists in Europe (JE) programme was like stepping into another world; or, perhaps more precisely, just stepping into the world.” File photograph: iStockPhoto/Getty 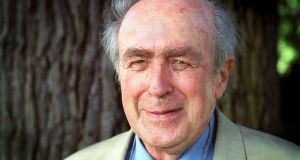 It was idealistic, fun, paid for by others, and it involved travel – lots of travel.

Even today it would be a young journalist’s dream. But back in no-low-fares, no-internet 1990, being on the Paris-based Journalists in Europe (JE) programme was like stepping into another world; or, perhaps more precisely, just stepping into the world.

One week I was working in Irish Press newsroom on Dublin’s Burgh Quay, where the agenda was decidedly domestic; the next I was in the JE office’s on Rue Montmartre to meet with the 30 other journalists from 27 different countries who made up the 1990-1991 crop of stagiaires.

The programme had been founded in 1974 by French journalist and Resistance fighter Philippe Viannay; former managing director of Reuters news agency Gerald Long; and the founder of Le Monde, Hubert Beuve-Méry.

Here in Ireland its representative was the late Douglas Gageby, former editor of The Irish Times.

The idea behind JE was that bringing journalists from around the globe to Paris to learn about, and report from, Europe would enhance understanding and knowledge of the Continent. Funding came from the European Commission, governments, and private benefactors (including the late Tony Ryan).

As well as attending talks on diverse political and cultural topics, participants edited and provided copy for a magazine, Europ, of which they produced a number of editions during their approximately eight-month stay.

The practice was to pick a small number of topics for each edition, so the participants, themselves from a wide range of different cultures, would produce a snapshot of, for instance, prison conditions or night life in a range of European countries. Working together meant you learned not just about the topic and country you were working on, but also about the cultures and countries of the people you were working with.

For my first trip I went to snow-covered Talinn to report on Estonian independence. Travelling by way of Moscow and St Peterburg, I met German, Dutch, Japanese and Australian colleagues also working on post-Soviet Union stories.

In Moscow we stayed in the apartment of a woman who cleaned the offices of a European news agency. She was shockingly poor. On a night train between Moscow and St Peterburg, an intense young would-be businessman told me Russia didn’t want freedom – it just wanted a ruler who was not unduly vicious.

That winter, post-Ceausescu Bucharest was minus 20 degrees. Because of the first Gulf War, Romania had not been able to barter footwear for fuel with Iraq. The buildings were cold and dark, but everyone had good shoes. In Leipzig, on a night-time suburban train, coming from witnessing a massive, xenophobic neo-Nazi rally, my carriage filled with excited skinheads. I leaned my head against the glass and pretended to doze.

In a cell in a high-security prison outside Lisbon, a number of peasant murderer-musicians played a tune for the governor, a philosophy professor, whose birthday it was. Back in Paris, at one of the many parties we attended, a Croatian member of our JE group told us how ominous the mood in his home country had become.

The end result of it all was a powerful feeling of how present and unceasing history is, and how wonderful it is to connect and to learn. There was no escaping the fact that, in that year of great upheaval, the peace, prosperity and reason represented by the European Union operated as a counter-weight to the lure of nationalism in post-Soviet countries, and helped hold darker forces in check.

In 2003, following a decision by the European Commission to withdraw its funding, which comprised a significant proportion of the JE budget, the programme closed up shop. It is a pity. The thinking and idealism that led to the formation of JE, is surely as relevant as ever.

Flynn has organised the group, along with John Horgan, who took over from Gageby for the later years of JE, into funding a plaque, on the Lower Beechwood Avenue in Ranelagh house where Gageby was born in 1918 (the trade union leader, Jim Larkin, later lived there). It will be unveiled this weekend.