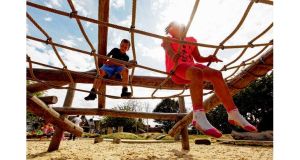 Spectrum of care: what we need is an integrated approach to child protection that brings all the health and support services under one roof. This includes child welfare, prevention and early intervention services, child protection, family support, psychological services, public health nursing and mental health services. photograph: cyril byrne

OpinionWe have an opportunity to get the Child and Family Support Agency right. But, with so little transparency, we may repeat the HSE’s flaws

For those of us who have campaigned for years to strengthen and uphold children’s rights in Ireland, this commitment to establish the new Child and Family Support Agency was a source of celebration, and heralded a new and long-overdue reform of children’s services.

However, slow progress and questions around the creation of the agency have turned celebration into concern.

What has happened so far? In September 2011, Minister for Children and Youth Affairs Frances Fitzgerald established the taskforce on the Child and Family Support Agency as a direct response to the Government’s commitment. Reporting back to the Minister in July 2012, the taskforce described the new agency as “a once-in-a-generation opportunity to fundamentally reform children’s services in Ireland”.

In July 2012, the Minister announced that her department had started to draft the heads and a general scheme of a Bill to establish the Child and Family Support Agency.

Some seven months later, we still have not seen the Bill. We are in the dark about the agency’s remit, function and operation, and about how it will ensure transparency and accountability.

This is an extremely important juncture in the conception and development of the new agency, yet the process appears to be taking shape behind closed doors. If we are to create a new culture of children’s services, child protection and family support, we must avoid establishing what is effectively a rebranded Health Service Executive.

Thus far, there has been inadequate debate and input involving the relevant external stakeholders such as experts, service providers, parents, and children’s organisations. I believe this is a missed opportunity.

As someone who campaigned hard for a Yes vote in the children’s rights referendum, I readily admit to being disappointed that it was not the landslide victory so many of us had hoped for. However, the ensuing debate afforded policymakers a real opportunity to learn from and remedy past failings.

We cannot ignore the fact that many No voters had concerns about past treatment by our social services system. We need to listen to these concerns and ensure the new agency is fully resourced, that it works for all children and families, and that it is focused on the kind of early and accountable intervention that can deliver the best possible outcomes for children and families.

The latest Health Information and Quality Authority inspection report of the foster care service run by the HSE’s Dublin North West local health area has found that the area “could not guarantee good outcomes for children” in its foster care service.

This is the fourth consecutive report to identify serious gaps in the HSE’s ability to provide for the safety and wellbeing of children in this foster care region. I am aware that parts of the HSE are already in the process of being transferred into this new agency.

Have the deficits identified in these reports been remedied? If not, is the new agency destined to inherit a failing system of service delivery? How do we insure against this? The Child and Family Support Agency will have a budget of €546 million for 2013 and we are advised that it will have 4,000 staff. Will the staffing needs for the new agency reflect a strong professional mix? Will staff from the current HSE simply be transferred? What is the Minister’s rationale for not including public health nurses in the first phase of the new agency?

The HSE has never been a beacon of accountability. Money set aside for mental health services is routinely diverted to plug other gaps in the health service budget.

In December, we learned that in spite of efforts to earmark funding, the long-promised mental health staff and services are still not in place. To the best of my knowledge, no one at the HSE has been held accountable for this.

Will this new agency have robust checks and balances to ensure oversight and accountability? How do we ensure that in developing this new agency, we do not lose sight of what is best for children and families?

Surely the whole purpose of the consultation and debate was to maximise the potential of this essential agency.

What we need is an informed, integrated approach – one that brings together all the health and support services for children and their families under one roof: child welfare, prevention and early intervention services, child protection, family support, therapeutic and psychological services, public health nursing and accessible mental health services. The new agency will also need to connect with schools and other community organisations and agencies.

To do this – and do it well – the Government should publish the Bill to establish the new Child and Family Support Agency.

In the interim, the heads of Bill should be published to allow for public debate and consultation. As the saying goes, sunlight is the best disinfectant.

The Minister for Children and Youth Affairs should appoint an interim board to ensure that there is oversight and governance in determining the vision, remit and resources of the new agency.

We have a unique opportunity here to ditch ineffective systems and to finally make sure that children get the treatment they deserve, and that families get the help they need.

An effective and accountable Child and Family Support Agency would be a monumental step forward for a country that has so spectacularly failed our most vulnerable children in the past.

This opportunity has been a long time coming – and we know that history is unforgiving. We are duty bound to get this right.

Frances Fitzgerald has shown great capacity for change and reform. So, let’s take ownership and publicly debate what we expect from the new agency.

1 Three relatives dead after apparent murder-suicide in Kanturk, Co Cork
2 Don McLean: ‘My ex-wife is the worst person I ever knew’
3 Woman stranded in Ireland due to pandemic has ‘miracle baby’
4 ‘Difficult months ahead’: Europe prepares for more pain as Covid cases soar
5 Almost 20% of staff at Dublin hospital have antibody evidence of Covid-19 infection
Real news has value SUBSCRIBE