Census 2016 will get religion all wrong

Millions of careless ticks can be used later to justify the Catholic Church’s near monopoly on the state’s schools. 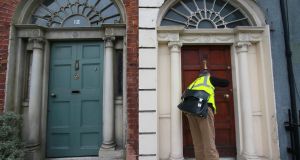 According to the last Census in 2011 an overwhelming majority, 84% of the population, are declared to be ‘Roman Catholic’. This is in sharp contrast to figures for religious belonging revealed in survey data where only a shrinking minority of self-described “Catholics” practice their religion by attending church.

Does this matter? It certainly does. The CSO tells us that government departments wish to know “your religion” to help them with planning for services. Services like faith managed schools and chaplaincy services at new hospitals. Unfortunately, the problematic results on religion from the Census are an unsatisfactory basis on which to gauge the demand for schools managed by religious organisations.

Millions of careless ticks can be used later to justify the Catholic Church’s near monopoly on the state’s schools. Similarly, the census data on religion would be an inadequate indicator of the demand for hospital chaplaincy services.

Indeed the Census is especially prone to underestimate the numbers of religious minorities of immigrant origin. Therefore, it is of limited use for this purpose. Person who might declare themselves to be Orthodox Christian, Muslim or Buddhists are disproportionately likely to be absent in a Census. This is because of the barriers of low levels of awareness, inadequate language skills and suspicion of state officials enquiring about religion. For example, in a survey of Chinese studentsconducted in 2006, just after the Census night of that year, three in ten of the Chinese reported that they were not included in the Census.

From the point of view of research design, a question on religious practice, like that used in surveys, could have been included. It would be better to leave out the question on religion than to use a flawed question which is open to misinterpretation.

The CSO is aware of weaknesses in the design to the extent that it published on its website the following advice:

It is regrettable that this advice is not printed on the Census form itself, just below the question, as few people will consult the website to read the advice on how best to answer it. It is obvious that many people are answering the question in the way that the CSO does NOT intend them to answer it ie they are simply reporting the religious organisation they were “brought up with”.

Despite the flawed design the CSO has persisted in using the same unsatisfactory question that it used in 2011. We are told that the reason for this is that “The CSO has said that given the recession it did not have the resources or budget to conduct a public consultation or test new questions” (Irish Times, 23rd March online). This is an unsatisfactory excuse. It could, for example, have consulted with sociologists of religion or the Irish Society for the Academic Study of Religion. It is imperative that this shortcoming is addressed before the next Census in 2021 so that we do not repeat the flaws of 2016.

The form for Census 2016 tells us of the “legal obligation to participate”. The published advice about the question on religion on the CSO website insists that “Everyone should answer this question, whether or not they have a religion”.

The question will be answered by the Head of Household who is charged with filling out this form on Census night for everyone present in the household. However, it may be problematic for some persons in the household to have the Head of Household report their religion. They may not be aware that the alternative is to request from the Census Enumerator a separate individual form and envelope, complete the form themselves and then return it in the privacy envelope.

I am reminded in this Census year 2016 of the 1916 Proclamation which promises to all “religious and civil liberty”. It occurs to me that answering a question on religion should be voluntary in a Republic. However, unlike in England, the question on religion in the Census in Ireland is compulsory.