There are formidable obstacles to pursuing the Leaving Certificate at home 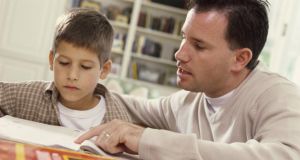 ‘The Educational Welfare Service records home-schooled children by age rather than whether they are at primary or secondary level.’ Photograph: Getty Images

Among the 57,929 Leaving Certificate students who received results this week, a small number will never have set foot in school at all, or spent perhaps only a year or two in formal education. Instead, they will have been educated at home.

Unsurprisingly, this unconventional decision invites a great deal of curiosity. The first question, always asked as if no one could ever have possibly thought of it before, is “What about socialisation?”

By that, most people mean “how do they make friends and learn to function in a peer group?”

The assumption is that if you sit in a classroom with 30 people you will automatically have friends. As many parents know, it is not always that simple.

Similarly, being educated at home does not mean sitting in isolation. There are thriving home education networks, and most people have hobbies and interests that provide opportunities for friendship.

Let me admit to a vested interest. All of our four children have been home educated for long stretches by my husband. One never went to any kind of school, and the other three spent between two and five years in primary school.

Two have now graduated from home education, and two are still studying at home. As it happens, neither of the older two opted for the Leaving Cert.

One chose A-levels, while the other went straight to a QQI (Fetac) Level 5 course by submitting a portfolio.

Both did well enough to get accepted into their first choice of third-level course. I am not aware of any Irish research on how well home-educated students do in formal exams when they choose to sit them, but anecdotally they do just fine.

Possibly because their own education has been unconventional, people educated at home are often happy to enter third-level via the QQI system via Level 5 courses, which are the equivalent of an Honours Leaving Certificate.

Successful completion at Level 5 can lead directly to a place in university, Institute of Technology or progression to a Fetac Level 6 course.

Many second-level pupils could learn from this approach. There is an extraordinary variety of courses available at Level 5 and 6. Far from being it second best, there is the possibility of having a far richer educational experience.

At any one time, there are 1,000 Irish children registered as being home educated. The Educational Welfare Service records home-schooled children by age rather than whether they are at primary or secondary level. This year, of 1,070 registered children, 591 were 12 or under, while 479 were aged 13 to 18.

The figures for each age from six to 17 generally hover between 90 and 100, but there are only three aged 18 who are registered.

If we take age as a proxy, this probably indicates that people go into formal education at the age when they would normally sit the Leaving Certificate.

If you don’t have a sympathetic local second-level school, this can leave students unable to take subjects such as biology and history.

Also, people educated at home have no entitlement to career guidance. (Mind you, given cutbacks, school educated pupils often have no access to this vital service either.)

Navigating the requirements of third-level courses can be a minefield. Not only do you have to achieve the requisite points, but you also need to know, for example, whether a C3 in Honours Maths is mandatory.

At least in Ireland, educating at home is a constitutional right. It was banned in Germany by the Nazis and remains banned, and is effectively banned in Sweden and Spain. But there is still a sense that the Irish Government, while relatively benign, does not quite know what to do with home education.

Somewhat oddly, the section of Tusla that looks after home-educated children is also responsible for independent schools; that is, primary schools where the State does not pay teachers’ salaries.

Given that most independent schools follow the State curriculum, and may only differ in perhaps providing a European language as well, it seems clear the needs of the home-educated are very different.

Home education will always be for a minority, and although it is very successful in most cases, in some cases it is a negative experience. However, this is also true for people who attend school.

Mao Tse-Tung may never have said “Let a thousand flowers bloom”. Instead, he advocated “letting a hundred flowers blossom and a hundred schools of thought contend”. It did not end well, as he ended up persecuting as ‘rightists’ those who did not agree with him.

However, if we value educational diversity, “let a thousand flowers bloom” is a very appropriate metaphor for the thousand or so children who are currently home educated.