Reinstating the Visiting Teacher Scheme and resources teachers for Travellers would be a practical, realisable way to mark watershed moment 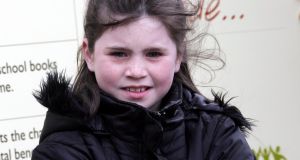 The cuts in Traveller education were made because it was easy to do. The masses would not be taking to the streets to protest. Photograph: Cyril Byrne

Years ago, my husband and I got lost one evening in an unfamiliar part of the country. We had driven past a graveyard and turned up a boreen, only to arrive at a large gate.

Out of the gathering gloom came running figures. They were children eager to see who the visitors were. But when they saw our unfamiliar car, those seven and eight year olds shrank back in fear.

I remember feeling shame, firstly that an official Traveller halting site had been situated near a graveyard and miles from any amenity, and secondly, that small children were afraid of us, simply because we were not members of their community.

After Budget 2011, I felt shame again, when in one of the most mean-spirited acts of the recession, virtually all supports to traveller education were cut.

It resulted in the disappearance of both visiting teachers, and resource teachers for travellers.

The Visiting Teacher Scheme was initiated in 1980, when one teacher was appointed in Galway as part of a pilot scheme. The 1980s were another bleak time in our economic history, but it was still possible to do something creative.

The 1995 Report of the Task Force on The Travelling Community acknowledged that “few initiatives in the area of Traveller education have been as successful as the appointment of visiting teachers.”

The visiting teachers worked across the generations, from adults to pre-schoolers. They acted as advocates, encouraged attendance, provided support and facilitated transfer from one level of education to another.

At the same time, resource teachers provided support in school, just as they would for any child, to help him or her achieve his or her potential.

But resource teaching for travellers was cut, and schools were expected to absorb Traveller children into the general resource allocation, an allocation that was already inadequate.

The cuts in Traveller education were made because it was easy. The masses would not be taking to the streets to protest.

They were also made in the name of ‘mainstreaming’, that is, integrating Traveller children into classrooms with other children on an equal basis.

There is a cartoon popular in educational circles. It features a man seated behind a desk in the outdoors before an assorted group of animals that includes a monkey, a penguin, an elephant and a goldfish in a bowl. The speech bubble reads, ‘In the interests of fairness, everyone has to take the same exam: please climb that tree.’

Mainstreaming only works when there are intensive supports for children who need them. To remove supports in the name of mainstreaming is complete cynicism.

Even though we are being told on a daily basis that the recession is ending, not a single one of the cuts has been reversed.

But why are we surprised? In 2010, the veteran Jesuit sociologist Fr Micheál Mac Gréil, SJ, who himself had lived for some months among Travellers, published research that showed the depths of antipathy towards them.

Nearly one in five of the general population would bar Travellers from citizenship, while four out of five would be reluctant to buy a house next door to one.

Some statistics had improved. Nearly three out of five would be willing to employ a traveller, while two out of five of us are magnanimous enough to welcome a Traveller as a member of our family.

The mortality and disease rate among Travellers has been described as akin to the rest of Ireland in the 1940s, while the family profile is described as being similar to a developing country - high fertility coupled with high infant mortality.

Traveller babies are more than three and a half times more likely to die in infancy than children in the general population.

Education is absolutely key to ending these terrible inequalities.

There was a steady increase in primary school attendance, transfer to secondary school and school completion when the visiting teachers’ service was in place. Anecdotally, those gains are being lost, and universities are finding that it is harder to get Traveller students involved in outreach programmes.

There is a myth that Travellers are a homogenous group, and a bigger myth that the majority of them still live a nomadic lifestyle. In fact, nearly three quarters of Travellers live in a house.

Of course there are problems with crime, and with domestic violence and substance abuse in the Traveller community. While no-one condones criminality, it is no harm to consider how we ourselves might act if we were marginalised and despised.

We might also consider the fact that so many Travellers are law-abiding, despite the way that they are treated.

As Fr Derek Farrell said at the funeral of the five members of the Connors family who died in the Carrickmines tragedy, this should be a ‘watershed moment.’

Re-investing in Traveller education, particularly in supports that work across the generations, would be a practical, realisable way to mark that watershed moment.