Breda O’Brien: abortion – we can do better than women in prison and dead babies in bins

Pro-choice advocates did not mention Jade Rees, although the system they wish to introduce is at the very least implicated in her tragic death 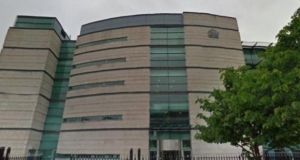 Court: “I believe that little was to be gained by prosecuting the young woman [who took abortion pills] in Northern Ireland”

A young woman called Jade Rees died by suicide recently in Britain. In her suicide note, she made reference to not being able to cope with her recent abortion.

Suicide is because of a number of factors. I am not saying that Jade Rees died because of having an abortion. But let us look at what research tells us about women who will be at high risk if they have an abortion.

Let us leave aside the rights and wrongs of abortion for a moment. If the abortion system in Britain worked, if there were proper counselling, Rees would not have been granted an abortion. She had too many risk factors and, tragically, she is now dead.

But the system does not work properly. Abortions go through on the nod.

The 1967 Abortion Act was designed to keep abortion technically illegal. There are seven defences or conditions under which doctors will not be prosecuted, with the idea that abortion would be safe, rare, and legal in only very specific circumstances.

There were 184,571 abortions to residents of England and Wales in 2014. Millions of abortions have been carried out in Britain. It is effectively an abortion on demand system. This means that women are not properly counselled, because it is seen as a woman’s right to choose, so any interference with her choice is anathema.

This is the system which pro-choice advocates want in Ireland. They point to the situation in Northern Ireland where a young woman was given a three month suspended sentence as evidence of barbarism.

Not one of them mentioned Rees, strangely, although the system they wish to introduce is at the very least implicated in her tragic death, which also leaves her other two-year-old child without a mother.

I believe that little was to be gained by prosecuting the young woman in Northern Ireland.

The recent legislation on prostitution provides a useful analogy. The model of prosecuting men who buy sex rather than the women who work in prostitution is a good one. It is possible to abhor something without punishing all the parties.

As feminist writer Frederica Mathewes-Green put it: “The goal of abortion laws is to stop abortion. And the person to stop is not the woman, who may have only one abortion in her life, but the doctor who thinks it a good idea to sit on a stool all day aborting babies.”

It is absolutely true that the young woman in Northern Ireland would have received an abortion with no questions asked if she lived in England or Wales.

The question is whether it is right that this is the case? Let us look at another aspect of abortion. The housemates of the young woman have described the shock and trauma of finding a foetus in the bin.

Obviously, they recognised immediately what they were looking at, because it is not just a clump of cells, but a tiny member of the human race. In a Belfast Telegraph interview, one of them described how “the baby had hands, feet, all its facial features, its little nose”.

They could not bear to put the bin out for collection because of what it contained. The housemates were distraught but, according to their account, the young woman who had the abortion was untroubled.

They say that they tried everything to get her help when they discovered she was pregnant, including offering to contact her parents, but were upset by her blasé attitude and the way in which she referred to the pregnancy as “the pest”.

Nonetheless, I still believe little is to be achieved by prosecuting the young woman.

Perhaps her culpability was reduced by being subjected to the same dehumanising rhetoric about unborn children that allows Amnesty to campaign to end the death penalty in the same breath as they advocate for “reproductive rights” for women.

Somehow they manage to entirely ignore that death is the outcome for one of the parties if these so-called rights are granted.

The women who lived in the house could not ignore that reality. They had a tiny corpse in their bin.

No genuine right should negate the rights of others. Nor does Amnesty normally accept ending life as a solution to any problem, personal or political.

Few are highlighting the fact that these abortion medications can lead to uncontrolled bleeding. A woman who used them contacted the Ray D’Arcy Show to warn women against them, because she herself nearly bled to death.

The way forward lies in abolishing abortion in all its forms, and focusing on solutions that honour the rights of all, not just one. We can do better than women in prison and dead babies in bins.