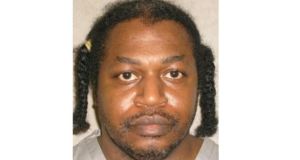 With a renovated death chamber, new training and a higher dose of drugs, Oklahoma on Thursday carried out its first execution since April, when the slipshod, prolonged killing of Clayton D Lockett forced the state to suspend lethal injections and make changes in its procedures.

“The execution has been carried out.“ Officials had waited to see whether the US Supreme Court would grant a last-minute stay. But as the scheduled execution time of 6pm passed, the Supreme Court announced that it would not prevent Oklahoma from putting Warner to death.

In an indication of an unusually deep rift among the justices, a sharp dissent, written by Justice Sonia Sotomayor and endorsed by three other members of the court, held that the drug combination being used in Oklahoma had a risk of causing severe, unconstitutional suffering. But five justices voted without comment to deny the appeal for a stay.

Warner (47) had been sentenced to death for the sexual assault and murder of an 11-month-old girl in 1997. The grisly details of Lockett‘s execution April 29th had led to new questions in Oklahoma and around the country about the reliability of lethal injections as a humane procedure and about the new drug combinations being tried as once-preferred drugs became scarce.

But federal district and appeals courts cleared the way for Oklahoma to resume lethal injections, using a sedative that some medical experts say may not consistently put prisoners into the deep coma needed to avoid suffering.

Also on Thursday evening, Florida executed Johnny Shane Kormondy (42) who was convicted of the murder of a man during a home invasion in 1993, using the same three-drug combination challenged, without success, by the Oklahoma prisoners‘ lawyers. That execution, too, was delayed as the state awaited notice from the Supreme Court, which declined to issue a stay.

Warner was originally scheduled to die in April, just two hours after Lockett. But his execution was postponed after the problems with Lockett‘s lethal injection. Lockett had seemed to wake and writhed in agony after a doctor failed to place the intravenous line in a vein, causing the sedative, then a paralysing agent and a caustic heart-stopping drug, to diffuse in his groin. He finally died 43 minutes into the procedure, and after a doctor seeking to reinsert a needle punctured an artery, resulting in what the prison warden later called “a bloody mess.”

Backed by several medical experts, lawyers for Warner and three other Oklahoma prisoners scheduled for execution in the next two months argued that the effects of high doses of midazolam, the sedative adopted by Oklahoma, were not known completely and were too unpredictable to justify its use. Midazolam was also involved in prolonged, possibly painful executions last year in Ohio and Arizona.

Oklahoma officials argued in a brief on January 6th that “the citizens should not see their criminal justice system derailed“ because of “baseless speculation of theoretical harms.“ In turning down the prisoners‘ motion for a delay, a federal district judge, and then an appeals court, noted that Florida had used the same agent repeatedly without apparent problems. The execution of Kormondy was Florida‘s 12th using midazolam. But defense lawyers in Florida said that some of the men executed had showed unexpected movements after receiving the sedative, and that once the paralytic was administered, there was no way to know if the prisoner felt excruciating pain as potassium chloride, the heart-stopping agent, coursed through his bloodstream.

Experts say that barbiturates more commonly used in past executions, sodium thiopental and pentobarbital, produce a deeper unconsciousness. But suppliers of those drugs have refused to sell them for use in executions. After an investigation of the Lockett execution, Oklahoma put new equipment in its death chamber to help ensure proper placement of intravenous catheters and monitor vital signs, and said that if the paramedic or doctor was unable to place a needle within one hour, officials might postpone the event. They also decided to multiply the dose of midazolam to the level used in Florida.

The news media and civil liberties groups complained that Oklahoma‘s remodeled execution chamber and new procedures limited the ability of the public to observe lethal injections there. Officials said there was room for only five witnesses from the news media, compared with 12 before, and audio from the chamber was turned off during most of the procedure.

“The officials are addressing some of the things that went wrong, but at the same time, they‘re making sure that the public doesn‘t know as much about what happens,“ said Brady Henderson, legal director of the American Civil Liberties Union of Oklahoma.

The strongly worded dissent to the Supreme Court‘s terse denial of a stay was written by Justice Sotomayor and supported by Justices Ruth Bader Ginsburg, Stephen G Breyer and Elena Kagan. “I find the District Court‘s conclusion that midazolam will in fact work as intended difficult to accept given recent experience with the use of this drug,“ Sotomayor wrote. “Petitioners have committed horrific crimes and should be punished,“ she wrote. “But the Eighth Amendment guarantees that no one should be subjected to an execution that causes searing, unnecessary pain before death. I hope that our failure to act today does not portend our unwillingness to consider these questions.“