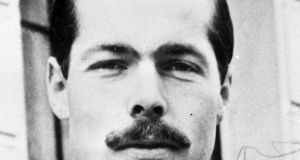 The London High Court decision in 2016 to issue a death certificate for Lord Lucan and the death of his wife this year are the latest punctuation marks in a murder mystery that has fascinated the British public for more than 40 years.

Debonair and dissolute in equal measure, Richard John Bingham, the 7th Earl of Lucan, has been missing since November 7th, 1974. That was the night when his children’s nanny, Sandra Rivett (29), was found bludgeoned to death at his house in Belgravia.

Lucan’s wife was also attacked but escaped, covered in blood, to a nearby pub. “Help me, help me,” she screamed. “I have just escaped from a murderer. He’s in my house. He’s murdered the nanny.”

Lady Lucan later claimed that the man who tried to strangle her was her husband. Lucan’s car was found at the port of Newhaven, smeared with blood and with a length of lead pipe similar to that used to kill Rivett in the boot.

An inquest into the nanny’s death the following year found that she had been killed by Lucan. But questions linger around the murder to this day.

Lucan was born on December 18th, 1934 into an aristocratic family that had once owned vast estates, much of them around Castlebar, Co Mayo. The first Earl of Lucan was Patrick Sarsfield, of the Battle of the Boyne and the Siege of Limerick fame. The title later passed to his cousins the Binghams.

During the Famine, the 3rd Earl of Lucan became one of the most hated men in Ireland by evicting thousands of poor, starving tenants from his estates.

By the 1930s, the family had lost its lands and most of its fortune, although people in Castlebar pay ground rent to the Lucan estate to this day. Lucan’s father was a socialist, but the young lord had no sympathy for left-wing politics and embraced an old-fashioned aristocratic lifestyle: drinking, gambling and spending money he didn’t have.

Lucan gave up his job at a merchant bank after winning 10 times his annual salary in one night by playing chemin- de-fer, a form of baccarat that was James Bond’s favourite card game. That success earned him the nickname “Lucky”, but Lucan lost more than he won at the tables and soon found himself deep in debt.

By the early 1970s, Lucan was married to Veronica Duncan, an army officer’s daughter who later said that she “was looking for a god, and he was a dream figure”, and had inherited his father’s title.

The Lucans passed every evening at the Clermont Club, an upmarket gambling den on Berkeley Square run by the eccentric zookeeper John Aspinall. While Lucan gambled and ate the same dinner of smoked salmon and lamb chops at the Clermont, his wife was relegated to an alcove called “the widows’ bench”. As time went on, Lady Lucan became unhappy and sometimes aggressive.

As the couple became increasingly estranged, Lucan feared that his wife would win custody of their children in a divorce and deny him access. The most widely held theory about the murder is that Lucan mistook the nanny for his wife, whom he had intended to murder, and killed the wrong woman. After his wife ran to the pub, Lucan fled.

Some believe Lucan took his own life after the murder. Some reports suggest that he was fed to Aspinall’s tigers after he shot himself. Others are convinced that he escaped; reported sightings of the missing peer are legion.

Lucan has been spotted waitering in San Francisco, managing a clothes shop in South Africa, living in a neo-Nazi colony in Paraguay, and living as a hippy musician called Jungly Barry in Goa.

Roger Woodgate, an Englishman who lived in a Land Rover in New Zealand with a goat called Camilla, was accused of being Lucan in 2007, though he was 10 years younger and five inches shorter.

Lucan’s son, George Bingham, can now assume his title following this week’s decision. The 8th Earl of Lucan believes his father was dead all along.

“In the circumstances, I would think it possible that he saw his life at an end, regardless of guilt or otherwise, being dragged through the courts. And the media would have destroyed his personal life, his career and the chances of getting the custody of his children back. And that may well have pushed a man to end his own life, but I have no idea.”

Sandra Rivett’s son, Neil Berriman, is convinced that what he calls “the convenient drowning, shooting that night, of Lord Lucan” is not true.

“Maybe the police know more than they let on. But at the end we have to get to the truth and justice for Sandra. A horrible death, a young woman beaten – my mother,” he said.

“There is no getting away from the fact that, whatever happened that night, Lord Lucan is guilty of something in my eyes.”

This article was first published in February 2016. Lady Lucan died in September 2017

Fears rise of Covid-19 outbreak among displaced in Idlib 18:42
France faces ‘economic and social crisis’ due to Covid-19 18:29
US educators opt for online learning as Covid-19 deaths rise 17:37
Worm found in tonsil of Japanese woman who had a sore throat 17:27
Covid-19: Queensland quarantine breakers could face six-month sentence 17:13