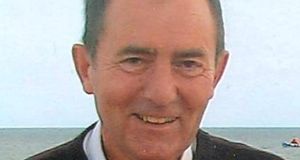 Police in England have charged a man with manslaughter in connection with the death of a 64-year-old in a row over a disabled parking space, police said.

Alan Watts (65), of Lindsell Crescent, Biggleswade, will appear before magistrates tomorrow charged with killing Brian Holmes, who died after a confrontation in the car park of the town’s Asda supermarket on August 3rd.

A postmortem revealed Mr Holmes died of head injuries. His family were at his bedside when he died.

In a statement released through Bedfordshire Police after his death, his family said: “The family are devastated by the loss of Brian in such shocking circumstances. A wife has lost her husband, best friend and carer all in one go.”

The family said Mr Holmes had been given the all-clear following treatment for cancer on the week of his death.