Former Oxfam official hits out at ‘lies and exaggerations’ 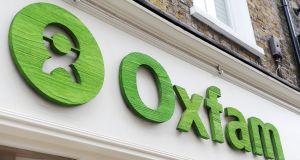 Oxfam is struggling to stem an exodus of support after the ‘Times’ newspaper alleged it had concealed findings from an inquiry into the behaviour of several staff members. File photograph: Nick Ansell/PA Wire

The former Oxfam official at the centre of a sex scandal surrounding the charity has denied paying for prostitutes when he was country director in Haiti after the 2010 earthquake there. Roland van Hauwermeiren admitted he had made mistakes but accused the media of lies and exaggerations in reports that he hosted sex parties at his official villa in Haiti.

“Parties every week? Chic villas? Women paid with money from the organisation? Now everything appears exaggerated and that hurts, especially because my family does not want to see me anymore,” he told the Belgian newspaper Het Nieuwsblad.

“A lot of people, including the international media, will be blushing when they hear my version of the facts.”

The 68-year-old aid worker resigned as Oxfam’s Haiti country director before the end of an investigation into reports of his use of prostitutes. In an open letter to Belgian media on Thursday, Mr van Hauwermeiren said he resigned because he failed to control rumours about sexual misconduct by Oxfam staff.

He said he had “intimate relations” with a Haitian woman but insisted that she was not a prostitute. He said he had never visited a brothel or a nightclub in Haiti and that no evidence had ever suggested that Oxfam funds were used to finance sex parties or other excesses.

“I’m not a saint, I’m a man of flesh and blood and have made mistakes (not easy to admit), and I am deeply ashamed,” he said.

Mr van Hauwermeiren’s first public comments on the scandal came as Archbishop Desmond Tutu became the latest public figure to dissociate himself from Oxfam. The South African human rights campaigner said he was stepping down as a global ambassador for the charity in response to the allegations of misconduct by Oxfam staff.

“The archbishop is deeply disappointed by allegations of immorality and possible criminality involving humanitarian workers linked to the charity. He is also saddened by the impact of the allegations on the many thousands of good people who have supported Oxfam’s righteous work,” his office said in a statement.

Oxfam admitted on Thursday that one of the aid workers fired for sexual misconduct in Haiti was later rehired by the charity in Ethiopia. The charity said the decision to rehire the man was a serious error, which it was investigating.

The scandal surrounding Oxfam has fuelled calls from some Conservatives for Britain to abandon its commitment to spend 0.7 per cent of its GDP on international aid. But the party’s leader in Scotland, Ruth Davidson, on Thursday defended the aid budget during a visit to the Halo Trust, a mine clearance charity, in Afghanistan.

“With so much attention on the work of NGOs this week for all the wrong reasons, it has been a privilege to come to Afghanistan and see this life-changing work in one of the most difficult regions on Earth. This is the real story of what aid money can achieve. It is changing lives, and the world, for the better,” she said.