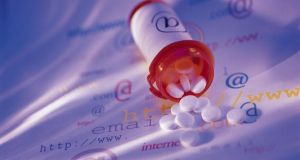 The tragic death of 18-year-old Chris Mapletoft from the side-effects of dinitrophenol (DNP) is a reminder of the dangers of ordering medicines online. The risks of being sent an adulterated product or an unlicensed medicine, which may be a poison, are significant.

Weight loss agents work through three mechanisms: as appetite suppressants; by altering food absorption or excretion; or by increasing the expenditure of energy by the body. Of greatest concern are agents that fall under the third category as these are the products associated with the highest mortality and morbidity.

DNP is one of these agents that work by winding up the body’s metabolism. It causes a hypermetabolic state by uncoupling a chemical process in the cells called oxidative phosphorylation. As a result, excess energy is released into the cells in the form of heat. It also causes fat breakdown, which in theory leads to weight loss. However, the potentially fatal side-effects may kick in well before any weight can be lost.

Cardiac arrest
Symptoms of acute toxicity from DNP include hyperthermia, a rapid pulse, sweating, an increased respiratory rate and cardiac arrest. Profuse, yellow-tinted perspiration may be observed in DNP poisoning. Damage to the liver, kidneys and the nervous system may also occur. Treatment is primarily supportive with an emphasis on aggressively reducing the patient’s body temperature.

DNP first gained popularity for weight loss in the 1930s, with studies showing that a daily dose of 300–400 mg for two weeks resulted in 36–95 per cent increase in an individual’s basal (resting) metabolic rate. However, it was soon discredited when multiple cases of cataracts were found to be associated with its use and it was banned in the US in 1938.

According to the latest annual report from the Irish Medicines Board the quantity of medicinal products detained fell marginally in 2012 to 758,276 dosage units. These products included 153,042 dosage units described as weight loss products.