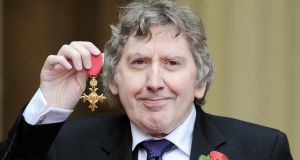 Author James Herbert who has died, aged 69, at his home in Sussex. Photo Stefan Rousseau/PA Wire

Best-selling British horror writer James Herbert, who penned novels such as The Rats and The Fog , has died suddenly at the age of 69, his publisher has said.

Herbert’s editor at publisher Pan Macmillan, Jeremy Trevathan, said he died yesterday in bed at his home in Sussex. A spokeswoman for the publisher said he had not been ill.

Herbert wrote 23 novels, was published in 34 languages and sold more than 54 million copies during a writing career which spanned nearly 40 years.

Four of his novels were made into films: The Survivor , Fluke , Haunted and The Rat s, whose silver screen title was Deadly Eyes . – (Reuters)