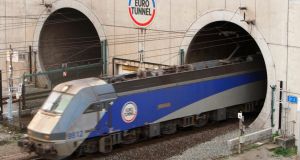 About 2,000 desperate migrants stormed the Channel tunnel terminal in Calais on Monday night, disrupting rail services and causing gridlock on UK roads,, it has emerged.

Eurotunnel revealed the incident on Tuesday evening, 12 hours after Kent police reintroduced emergency measures to ease tailbacks on the county’s roads. HGVs heading for the continent were queueing on the M20, with junctions eight to 13 closed to non-freight traffic, as part of Operation Stack.

The tunnel operator had initially only said the Calais disruption that delayed trains by up to an hour early on Tuesday morning involved “migrant activity”. But Eurotunnel later revealed that over the course of the night, some 2,000 migrants tried to breach the fences around its Calais terminal, resulting in the service delays.

“There was huge cooperation between the authorities and the Eurotunnel teams,” a spokesman for Eurotunnel said.

Police said on Tuesday afternoon that Stack would continue for the rest of the day, but they refused to comment on plans for Wednesday.

The disruption came as two Sudanese migrants were recovering in hospital after being struck by high-speed trains on Monday.

A 35-year-old man was hit at about 4.30am as he tried to board trains in the Calais terminal, according to local media.

A second man (32), fell from a train about two hours later. Both were taken to hospital in Calais.

Earlier the same morning, up to seven more migrants, including one aged 14, were rescued from a water collection basin near the entrance to the tunnel.

The four-metre-deep concrete basin, which collects storm overflows, was emptied to ensure no more migrants were inside.

A police spokesman said the operation was back in place because of continued disruption in Calais and the large number of lorries heading towards Dover.

“Motorists are advised to plan their journeys carefully and allow plenty of extra time if travelling towards the east of the county,” police said in a statement.

Eurotunnel advised anyone using its services to take a day trip to France to postpone their journey due to long delays resulting from “migrant activity” throughout the night.

The advice follows a warning from the Foreign and Commonwealth Office to avoid Calais because of industrial action by French farmers.

It also warned anyone travelling through the French port to keep vehicle doors locked because of the “large numbers of illegal migrants” and a “high threat of terrorism”.

The home secretary, Theresa May, will meet her French counterpart later on Tuesday to discuss the ongoing disruption on both sides of the Channel.

The port of Dover said P&O was still operating full services to Calais and DFDS Seaways to Dunkirk.

In a statement, it said: “The port and the ferry operators are together working hard to serve all customers travelling to and from the continent. We apologise for any delays or inconvenience as a result of traffic congestion.”

Natalie Chapman, the Freight Transport Association’s head of policy in the south-east, said the continued use of Operation Stack had had a “devastating impact on local businesses and communities.

Ideally we need a long-term answer to Operation Stack, but short-term we need a solution - and we need it now”.

She added: “This is the busiest time of the year for tourists and freight traffic heading through the county of Kent, and we have to find some way of resolving this reoccurring problem.”

On Monday, Highways England rejected the FTA’s proposal for a contraflow system on the M20 to ease gridlock, saying it would present a significant and unacceptable safety risk to those required to work on it.

“All the roads in east Kent get completely blocked up so people can’t go to the shops, they can’t get to the doctor, the hospital,” he told the BBC.

“They can’t pick up their children, queues are endless and it’s really insufferable. And it means that people who run shops in the towns and the villages don’t get their trade because people stay at home.”

A spokesman for the RAC Foundation said it was “hard to see where this will end”.

Philip Gomm, head of external communications, said: “The TV pictures of queues in Kent might suggest this is a little local difficulty, but it has become a problem which is impacting the UK supply chain and is affecting the travel decisions of people hundreds of miles away from south-east England.

“Matters need to be treated with the urgency they deserve.”