No mercy for Ming: Expenses may be slashed for low attendance

MEPs entitled to daily allowance of €304 and monthly stipend of €4,299 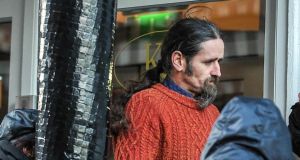 Irish MEPs Luke ‘Ming’ Flanagan and Brian Crowley could face a 50 per cent cut in expenses for low attendance at the European Parliament plenary session in Strasbourg.

MEPs are entitled to a daily subsistence allowance of €304 a day, as well as a monthly stipend of €4,299 for “general expenditure” expenses, which mainly includes office management costs, though MEPs’ staff costs are paid separately. This is in addition to an annual gross salary of approximately €95,000.

European Parliament rules state that any MEP who does not take part in more than half of the votes in the plenary session is subject to a 50 per cent cut to their daily subsistence allowance for that period.

In addition, MEPs who are present at the plenary session less than 50 per cent of a time in a given year are obliged to reimburse 50 per cent of the general expenditure allowance for that year.

Payment of salaries, however, is not affected by absence due to illness or otherwise at the European Parliament in Strasbourg, a spokesman said.

Earlier this week it emerged that Ireland had the lowest record among European Union member states in voting participation during the plenary session in Strasbourg.

Under the parliament’s expenses system, MEPs are obliged to sign a register in Brussels or Strasbourg each day in order to claim their €304 daily allowance.

The allowance is a “daily subsistence” flat-rate allowance, and members are not required to produce receipts. MEPs are also reimbursed for travel expenses incurred when going to and from their place of work or to other locations as required by their job.

The figures released by Vote Watch Europe, a body that collates and analyses European Parliament data, refers to the voting record of MEPs at the plenary session held each month in Strasbourg. The participation of MEPs in committee work is not included in the figures.

Neither Mr Flanagan nor Mr Crowley attended this week’s session of the parliament in Strasbourg. Independent MEP Nessa Childers was absent for medical reasons – she had a 99 per cent attendance rate between July and the end of November.

Ireland has one of the lowest number of MEPs in the EU because of its population size. In addition their number was reduced from 12 to 11 in the last parliament to reflect the accession of Croatia in 2013.