Protests in Istanbul over clashes in southeast Turkey 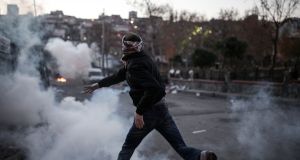 Armed clashes persisted yesterday across Turkey’s southeast, where an operation by Turkish forces intensified on the sixth day of a campaign that security sources said had resulted in the death of 110 Kurdish militants.

Protests erupted in Istanbul and in Diyarbakir, the biggest city in the country’s southeast, with hundreds demonstrating against the military operations. Police fired tear gas and plastic bullets to disperse the crowds.

Most of the fighting took place in towns near the Iraqi and Syrian borders that have been under curfew for almost a week. –(Reuters)