Ceasefire between Israel and Palestinians after weekend of violence 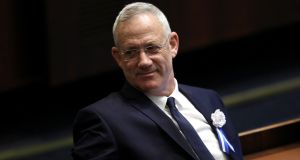 A ceasefire between Israel and the militant groups in Gaza went into effect early on Monday morning after a weekend of violence left at least 25 Palestinians and four Israelis dead.

The militant groups responded with massive rocket fire across southern Israel, which, in turn prompted Israel to pound militant targets from the air and with artillery and tank fire.

Eventually both sides agreed to truce proposals drawn up by Egyptian, Qatari and United Nations mediators and quiet was restored just hours before the start of the Muslim holy month of Ramadan.

Despite the restoration of calm, leaders on both sides indicated that the lull in hostilities is likely to be temporary.

“Over the past two days, we have hit Hamas and Islamic Jihad with great force, attacking over 350 targets and terrorist leaders and activists, and destroying terrorist infrastructure,” he said. “The campaign is not over and requires patience and judgment. We are preparing to continue. The goal was and remains to ensure the peace and security of the residents of the south.”

Hamas blamed Israel for the weekend flare-up, accusing Jerusalem of failing to fully implement elements of the previous truce agreement, particularly relating to the transfer of Qatari money to the Gaza Strip.

“The resistance managed to deter the Israeli army,” said Hamas spokesman Sami Abu Zuhri. “Our message is that this round is over, but the conflict will not end until we regain our rights.”

Hamas aims to lift the land and maritime siege on Gaza, enforced by Israel and Egypt. Israel claims the measures are necessary to prevent more arms reaching the militant groups.

Israel said almost 700 rockets were fired into southern Israel over a 48-hour period, sending hundreds of thousands of residents into bomb shelters.

Although Israel sent an armoured brigade and extra forces to the border, it was clear there was little appetite for a large-scale ground incursion.

On Wednesday and Thursday, Israel marks Memorial Day for its fallen soldiers and Independence Day. Next week Tel Aviv hosts the Eurovision song contest with thousands of visitors from abroad and attention across the continent focused on Israel. The last thing the country needed at this juncture was a war with militant rockets falling on Tel Aviv.

“Almost 700 launches into Israeli territory, many wounded and hurt, and four killed, all of them the result of the loss of deterrence, ends with another surrender to the blackmail of Hamas.”