Suspect reportedly in custody after attack in remote community of La Loche, Saskatchewan 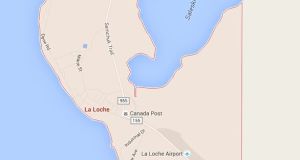 Five people were killed in a school shooting in a remote part of Saskatchewan yesterday and a suspect is in custody, according to police. Two people are in critical condition after the shooting in La Loche, which is about 600km (375 miles) north of the city of Saskatoon.

Teddy Clark, chief of the Clearwater River Dene Nation, said that his daughter told him about the shooting, the Canadian Broadcasting Corporation reported. “I know there are some casualties and there are some people that are in critical condition that are being medivaced to the nearest cities, I would imagine Fort McMurray or Saskatoon.”

La Loche student Noel Desjarlais told the CBC that he heard multiple shots fired. “I ran outside the school,” he said. “There was lots of screaming, there was about six, seven shots before I got outside. I believe there was more shots by the time I did get out.”

Mass shootings are relatively rare in Canada, which has stricter gun laws than the US. In the country’s worst school shooting, 14 college students were killed at Montreal’s Ecole Polytechnique in 1989. – (Reuters)