Ans Boersma deported for security reasons, not for her journalism, says Turkey 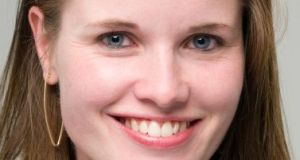 Turkey on Thursday deported a 31-year-old journalist who works for Dutch newspapers, accusing her of links to the militant Nusra Front, an al-Qaeda offshoot involved in neighbouring Syria’s war.

Dutch prosecution spokeswoman Jeichien de Graaff confirmed that Ans Boersma, who was put on a plane back to the Netherlands, was a person of interest in an ongoing investigation into militant activity.

“She is not personally believed to have been involved in a terrorist crime,” but rather someone relevant to a wider investigation into several suspects, Ms de Graaff said.

She said Dutch authorities had not sought Boersma’s deportation.

The newspaper Het Financieele Dagblad (FD), Boersma’s main employer, issued a statement saying she had been briefly questioned by Dutch police after her arrival at Schiphol Airport and then released.

“Ans thinks it is possible her deportation is related to the fact that she had a relationship until mid-2015 with a Syrian man who was arrested this autumn in the Netherlands because of [his] previous membership in Jabhat al-Nusra,” the paper said.

President Recep Tayyip Erdogan’s office said Turkish authorities had received Dutch police intelligence saying Boersma “had links to a designated terrorist organisation [as well as] a request for information about her movements in and out of Turkey”.

Turkey’s presidential palace said Boersma was deported for security reasons, not for her journalism work.

The FD initially called her expulsion a “flagrant violation of press freedom”, but later called for an explanation from Dutch police.

Boersma had been visiting an immigration office in Istanbul to extend her visa on Wednesday when she was detained, the FD said. “And suddenly you’re sitting in the airplane back to the Netherlands,” Boersma said in a tweet on Thursday. “I’ve been declared an ‘undesirable person’ in Turkey.”

Boersma began working as a correspondent in Turkey in 2017 and had previously been a journalism teacher.

Turkey, the world’s biggest jailer of journalists, ranks 157th out of 180 countries in the 2018 World Press Freedom Index of Reporters Without Borders. – Reuters