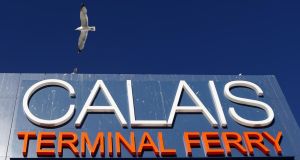 Jean-Marc Puissesseau loves England. The president of the Channel ports at Calais and Boulogne-sur-Mer says he travels to the UK at every opportunity.

But Brexit – in particular the British government’s decision to dedicate £107.7 million (€122 million) to setting up alternative cross-Channel routes – has seriously tried his patience.

When British transport secretary Chris Grayling announced subsidies for new routes at the end of December, Puissesseau remembered what France had done to stem the flow of migrants to Britain.

“I said: ‘Why did we do migration checks for the past 20 years?’” Puissesseau recalls. “It costs us €15 million every year, out of our own running costs, with not a centime from the French or UK governments. Nothing. Not one penny. We were very good partners for Great Britain, but if this goes on, despite the entente cordiale and all our friendship...

“If today the British government has the insolence, the disrespect, to try to develop new [ferry] lines, to the detriment of activity between Dover and Calais, I am not playing this game any more.”

The British government awarded contracts worth £47.6 million to Danish company DFDS, £46.6 million to French company Brittany Ferries, and £13.8 million to a new company called Seaborne Freight to develop routes from Cherbourg, Le Havre, Ostend and Roscoff to Felixstowe, Immingham, Plymouth, Poole, Portsmouth and Ramsgate. The move is based on the assumption that Calais-Dover will not be able to cope, following Brexit.

Calais-Dover is the closest maritime link between the continent and Britain, crossed by two million lorries, 46 million tonnes of freight and 9.1 million passengers last year. About 140,000 of the lorries were travelling to and from Ireland.

Seaborne Freight “exists only on paper,” Puissesseau notes. “They don’t own any ships,and their route from Ostend to Ramsgate is in direct competition with Calais-Dover. I don’t accept it. I will demand that we stop immigration checks, or that the British government pay us. It’s scandalous.”

In what Puissesseau sees as further evidence of British perfidy, Grayling did not mention the plan for new routes when he toured Calais port in November.

In an interview with the BBC last week, Puissesseau insisted there would not be mass traffic jams in Calais and Dover if the UK leaves the European Union on March 29th or later. He received a flood of emails from Brexiteers. “The Brexiteers were very happy. Fifteen or 20 of them invited me to say the same thing in Westminster. I did not answer.”

He thinks Brexit is “total madness”. “But I cannot let them claim it will be chaos, at the risk of losing a lot of clients to other routes. I cannot say: ‘We are not ready.’”

The port company has spent €6 million and employed 10 people full time for months to prepare for Brexit. Cameras in the port will link licence-plate numbers with online customs and immigration declarations. Two parking lots, with 200 and 250 slots, are reserved for lorries and vehicles that fail to fill out digital forms in advance. Travellers will be required to fill out British forms for a similar system in Dover.

Puissesseau has issued bids for tender for a veterinary and phytosanitary (plants) inspection service for animals and food crossing the Channel. He is renovating a building where lorry drivers and passengers who have not pre-submitted documentation will be helped to fill out forms.

Fishing is the greatest uncertainty, Puissesseau says. He is setting up an inspection service for fish at Boulogne-sur-Mer, but has no idea how French and British fishermen, who have clashed in the past, will fish in adjacent waters or sell fish to each other.

Ironically, the EU has given €100 million to Calais to build a second port, to become operational in 2021. Puissesseau says it will enable him to develop “piggy-backing”, whereby containers on wheeled trailers, without drivers, are transported by train to Calais for onward shipment by ferry.

The system is already used for Italy and Spain. Puissesseau has travelled to Cork and Dublin to explore the possibility of new container routes to Ireland. He nonetheless believes the “land bridge” between the continent and Ireland via the UK will continue for more urgent freight. “I cannot believe the UK would raise obstacles for trucks going from Ireland to Europe through Dover and Calais. There could be a transit or corridor system,” he says.

Puissesseau is heartened by polls showing a majority of British young people want to remain in the EU, but he is nonetheless convinced that Brexit will happen. If he were Theresa May, he says, “I would stop everything and stay in Europe. She could do that, but would she have the capacity and courage? If she explained the negative aspects of Brexit well, she could regain dynamism and leadership and be very popular.”